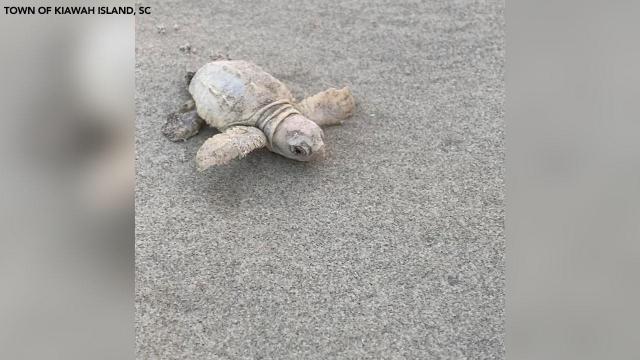 According to a Facebook post, the rare white sea turtle hatchling is believed to have a genetic condition called leucism, which causes animals to have reduced pigmentation.

"Leucism is different from albinism as albino animals have a complete loss of pigment, leaving them completely white with red or pink eyes," the post reads.