Fayetteville, N.C. — Grammy-nominated rapper J. Cole's childhood home was vandalized over the weekend, according to a photo that surfaced on Twitter.

In the photo, the words "J. Cole...Do you even care about the ville" are spray painted on the Fayetteville home on Forest Hills Drive.

The home had a huge impact on Cole's life. He, his mother and brother had previously lived in military housing and then in a trailer park in Spring Lake. When his mother remarried, the family moved to the two-story home on Forest Hills Drive.

In a 2015 podcast, J. Cole said he had big dreams for his childhood home.

"The goal and my intention is that some family will get to move into this place very close to rent free, and we'll give them two years. Every two years, a new family will move in. Hopefully by the time they leave, they'll be in a much better position than they were when they came," he said.

Cole said that he hopes that a single mother with more than one child will be able to move in. "I want her kids to feel how I felt when we got the house," he said. 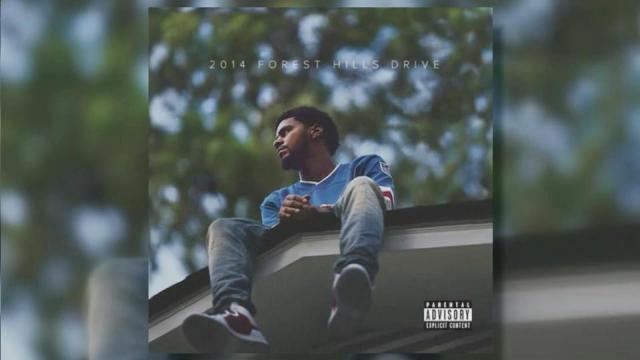 J. Cole was born in Germany, but was raised in Fayetteville.

In April, J. Cole announced a music festival in Raleigh this fall.

Dreamville Festival, which will feature local music, culture, food and art, will be held at Dorothea Dix Park on Sept. 15, the rapper announced Friday. The multi-stage festival will include a mix of up-and-comers and national acts. The full lineup will be released in the coming weeks. It is expected to be an annual festival.