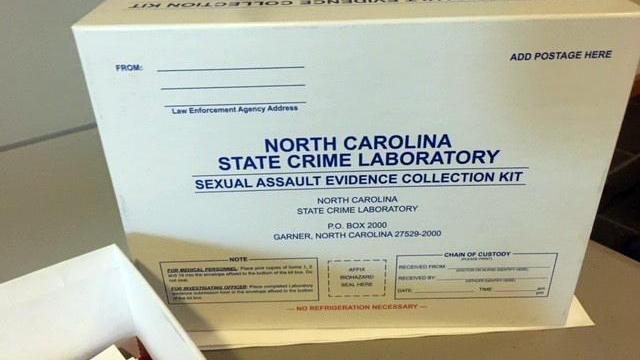 The unanimous vote came after Democratic criticism of a parliamentary maneuver that prevented any amendments from being considered.

Rep. Billy Richardson, D-Cumberland, had planned to propose an amendment that would include $2 million to test hundreds of rape kits sitting in evidence lockers at police departments and sheriff's offices across North Carolina.

"We hiding behind procedure," Richardson said. "We don't have the guts to stand up and push a button up or down, right or wrong."

An audit by the State Crime Lab determined in February that more than 15,000 rape kits statewide have never been tested. But half of the kits didn't need testing because the cases were unfounded, had been resolved through conviction or dismissal, the defendant admitted the sexual contact or the victim didn't want to file a police report.

Authorities need to determine how many of the remaining cases should be tested before the state commits any money to conduct the testing, said Rep. Sarah Stevens, R-Surry.

Stevens said lawmakers have set aside about $11 million in recent years to clear the backlog of untested rape kits at the State Crime Lab, and any suggestion that Republicans don't take the issue seriously is merely fodder for the campaign trail this fall.

"It's not that we're not doing our duty. We're just trying to do our duty right," she said.

"Delaying this another years is going to mean one of these serial guys is going to attack someone violently and harm them," he said.

After the 116-0 House vote, the measure heads to the Senate.