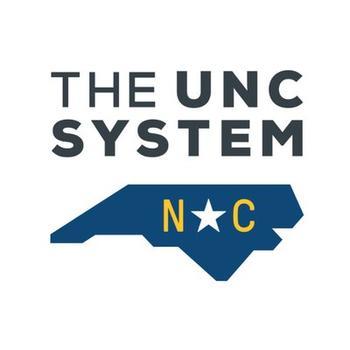 EDITOR’S NOTE: Randy Ramsey, of Beaufort, is chairman of the University of North Carolina Board of Governors. He is the founder and president of a boat manufacturing company and was elected to the UNC board by the state Senate in 2017.

As we enter the holiday season and lights illuminate practically every corner of the state, it’s worth taking stock of all that the UNC System has been doing to brighten lives, from Murphy to Manteo.

At a time when some universities in other states are struggling to fill classrooms, the UNC System has seen record enrollment numbers for the second year in a row. More North Carolinians recognize the value of a UNC System education than ever before.

At the same time, the UNC System has preserved its historic commitment to making sure that these educational opportunities remain affordable. Tuition and fees for in-state undergraduates at each institution remain in the bottom 25th percentile when compared to public peer institutions. In many cases, our institutions have the lowest tuition and fees when benchmarked against their peers.

Our leadership has also prioritized student success. Our students don’t just enroll – they graduate, on time and with less debt.  Just over 70 percent of our first-time students graduate in five years, far outpacing the national average for public universities of 63.5 percent.

Our institutions are also transforming the national landscape of higher education.

These details reveal a pretty remarkable end-of-year story for the UNC System: our initiatives are having a positive impact, not only in North Carolina, but around the country.

Unfortunately, much of the recent news coverage concerning the UNC System has focused on various leadership fluctuations across the University. To be sure, there have been changes on the Board and at several institutions.  But change in and of itself isn’t something to be feared—bringing about positive change is what the UNC System does best.

What makes the UNC System truly remarkable is its proven capacity to leverage the support and talent found across the state—from our Legislature in Raleigh, to the members of the Board, and to the trustees, faculty and staff at each institution. Our leadership pool is flexible, adaptive, strategic, and very, very deep.  More than any one person or personality, the University is a remarkable collective.  It embodies all that can result when North Carolinians work hard together.

Nowhere is the UNC System’s capacity to embrace change more evident than at Elizabeth City State University, where Chancellor Karrie Dixon has been at the helm for more than a year. Already, enrollment is up.  The institution hosted our November Board of Governors meeting, and we all witnessed firsthand a campus that has been revitalized and a student body that has been re-energized.  ECSU’s signature aviation sciences program has grown in remarkable ways and has added a degree in unmanned aircraft systems (drones).  ECSU also formalized a collaborative partnership with the U.S. Coast Guard, creating a pipeline that will supply the military with skilled talent and top-tier leadership.

Just a few years ago, ECSU was struggling to redefine its role in northeastern North Carolina. The dramatic turnaround isn’t just the result of Chancellor Dixon’s leadership.  It required the joint efforts of the Board members, trustees, and leadership at Elizabeth City State. Now, ECSU isn’t just serving its students better. It is serving the state better.

Accomplishments like these can be found at every institution in our System. They don’t happen through the efforts of one visionary personality.  They depend on the long, steady leadership that comes through collaboration, oversight and state-wide support.  As we near the end of 2019, one thing is quite clear: the UNC System is moving forward while we do the hard work of finding our next leader.