Hundreds rally at NC capitol to protest violence in Gaza 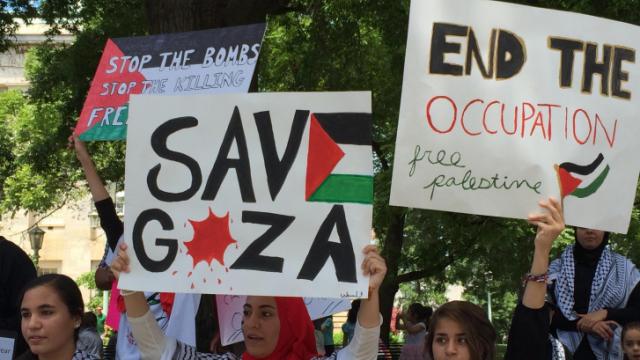 RALEIGH, N.C. — Hundred of people rallied at the state Capitol grounds in Raleigh Saturday afternoon to protest the continuing violence in Gaza.

A statement from rally organizers says there is an emerging call for an end to the violence and for human rights and justice that will lead to safety and security for all Palestinians and Israelis.

The government said its goal is to stop rocket attacks, destroy a network of Hamas tunnels into Israel and weaken Hamas militarily.

Copyright 2014 by WRAL.com and the Associated Press. All rights reserved. This material may not be published, broadcast, rewritten or redistributed.