Raleigh, N.C. — The Raleigh City Council has asked for a review of what happened during the execution of a search warrant by Raleigh police last year after a women accused city SWAT officers of pointing loaded "military style rifles" at her 6-year-old son and elderly parents.

LaDonna Clark made the comments about her relatives' "most terrorizing experience of their lives" during the council's Tuesday night meeting, which was broadcast live on the city's cable television access channel.

In her opening statement, Clark said she wanted to talk to council members about police accountability as she shared what happened at her home in November.

"This is my 6-year-old son, Ayden," she said as a picture of a smiling boy flashed on the council's monitors. "He is now famous because, at the tender age of 6, he has joined the group of 49 percent of black males that will have an encounter with police. And thank God he is able to live and talk about it."

According to the search warrant that prompted officers' visit to Clark's home in 3300 block of Friar Tuck Road, officers were looking for stolen cellphones taken from an AT&T store that had been robbed.

The warrant states that one of the suspects in the robbery was identified as Brian Lamonte Clark and he lived at the house.

The relationship between LaDonna Clark and Brian Clark was not immediately clear.

Brian Clark has been charged in the past with several crimes, including second-degree burglary, breaking-and-entering and robbery, according to court records. Last month, Brian Clark was being sought after a robbery at an AT&T store in Smithfield led to a police chase in Johnston County.

LaDonna Clark said Ayden is autistic and has cerebral palsy, a neurological disorder that can affect a person's movement, motor skills, and muscle tone. 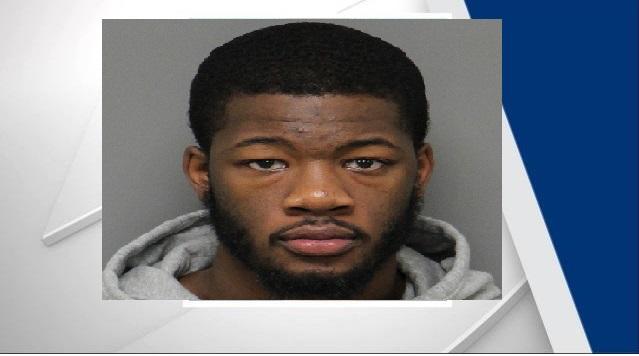 She said police forced her son and her elderly parents outside of their home on a "35-degree and rainy night" and ordered them at gunpoint to sit on the ground while SWAT officers executed a search warrant.

Clark said she filed a complaint with the department and requested video of the incident, but she was rebuffed by an internal affairs officer who refused to give her the complaint number associated with the case. She also said the IA officer assured her that the officers "did nothing wrong."

"The question remains, who is policing police?" she asked council members. "In Ayden's case, there was no threat present that constituted my son and his elderly grandparents to have assault rifles aimed at them and ready to fire."

As of Wednesday afternoon, Raleigh police have not responded to WRAL News with a comment.

At the end of Clark's 3-minute presentation, Councilmember Corey Branch asked the city manager to develop a report and review of Clark's allegation. It was not immediately clear when the council would receive the report.

In a statement to WRAL News, Clark said, "We are grateful for the support of the community after we shared our story of gross abuse of power and disproportionate use of force by the Raleigh Police Department on my two elderly parents and my 6-year-old son with special needs. So far, we have been disappointed by the total lack of accountability offered by the Raleigh Police Department."