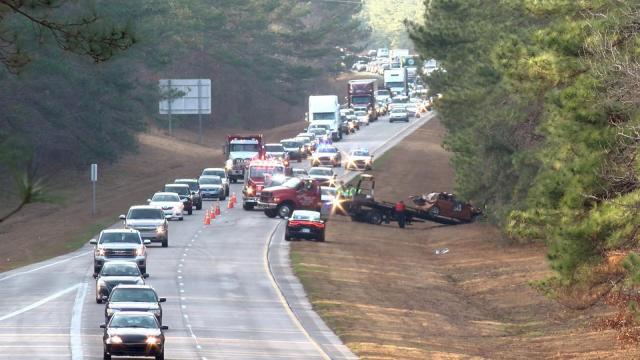 Nash County troopers responded to the crash on U.S. Highway 264 East near exit 27 outside of Middlesex at about 2 p.m.

Investigators said a 2009 Honda Accord driven by Khadijah Renee Ashe, 30, of 1909 Slate Drive, was traveling east when Ashe veered into the median and lost control of the car, causing it to overturn and strike a tree.

Ashe was ejected from the vehicle and died at the scene.

Authorities did not know what caused Ashe to veer into the median.