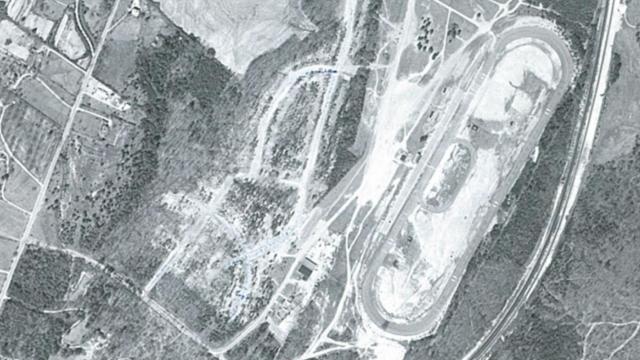 "Raleigh was supposed to be Daytona," said Pettis Montague, whose father Rufus Crumpler once raced the banked edges of Raleigh's one-mile paperclip super speedway. The Raleigh Speedway was owned by the same NASCAR legend Bill France who made Daytona what it is today. 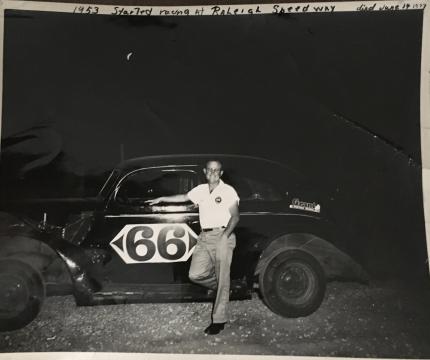 But Raleigh wasn't really a NASCAR town, according to multiple family members of racers from the 1950s and 60s. City Council would ever allow Bill France to run races on Sunday, and the track was built close enough to rattle residential areas.

Today, all that remains of the super speedway is a silent strip of asphalt tucked away in the trees. 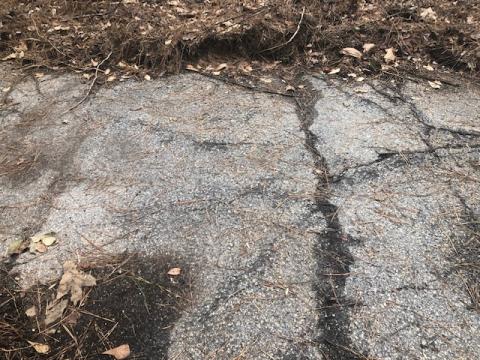 Lost pieces of the Raleigh Speedway

Most of the remaining 90 feet of race track is covered by dirt and underbrush. However, a few patches can be found here and there--fading memories of an era of racing slowly being covered by time. 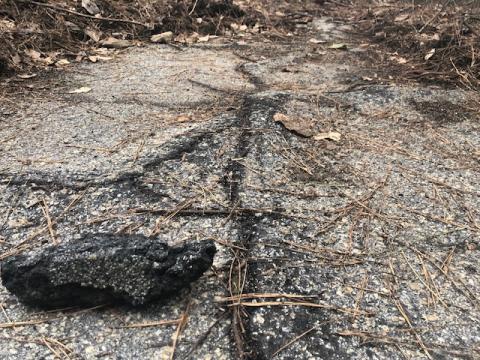 Chunks of black asphalt surround tree trunks, where the trees have punctured through the speedway and continued to grow. WRAL will be going to visit the remains of the Raleigh Speedway, exploring them via a live stream around 1:30 p.m. 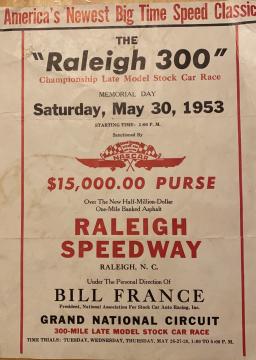 Memories of the Raleigh Speedway: Origins of racing in Raleigh

Back when the price of admission to a race was only $6.50, Edith Crumpler, whose husband once raced on Raleigh's track, said, "It was called Southland Speedway at first, and Indy cars raced there. Bill France built that track and he’s the one who founded NASCAR."

"Today NASCAR is such big business, but back in the day it was family. Country boys, building their cars in their barns," she said.

"Some of the earliest drivers got started because they were driving moonshine down the mountains," said Montague.

"Even before Prohibition came to an end in 1933, racing their high-performance cars became a popular pastime among the 'runners' in North Carolina," according to an article on the history of prohibition and NASCAR. "They raced each other’s cars, many of them Ford models, on weekend afternoons out in the country on makeshift dirt tracks."

The speedway in Raleigh wasn't built until the early 1950s, long after prohibition was finished. Crumpler recalls her husband starting as an amateur racer on little dirt tracks called 'outlaw tracks.'

"Because they were not NASCAR sanctioned," said Crumpler.

Joe Epton, track manager for the Raleigh Speedway, and his wife Lightnin' Epton lived in Millbrook at the time, neighbors to the Crumpler family.

Joe went on to become the Chief Scorer for Daytona when France shifted his attention out there and closed the Raleigh Speedway. Decades later, Lightnin' still works the ticket box at Daytona. She's coming up on her 100th birthday. 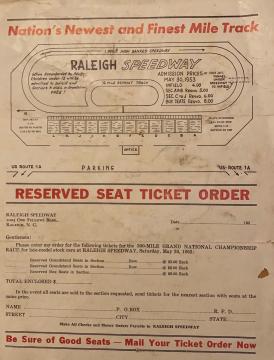 Death at the remains of the Raleigh Speedway

Long after the speedway had closed its track, Raleigh teens loved to race their cars on the remains.

Tragically, an evening race on the remaining track ended in a deadly crash.

Afterwards, France and Crumpler went out to dig trenches across the track, to prevent people from racing and potentially causing more injuries.

WRAL's Hidden History journalist explored the remains of the track live on WRAL's Facebook this afternoon.

Did you know an abandoned stretch of Old Highway 98 is still out in the woods near Falls Lake? That whole area used to have rural farms and mills, and several roads have been lost beneath the water's surface.

Did you know Millbrook Road had an actual mill on a brook--and the remains of this 1800s mill are still in a Raleigh neighborhood? Explore the history of Raleigh's road names and their origins.

If you have a hidden history story you'd like to see explored or documented, email our Hidden Historian at hleah@wral.com with your ideas!