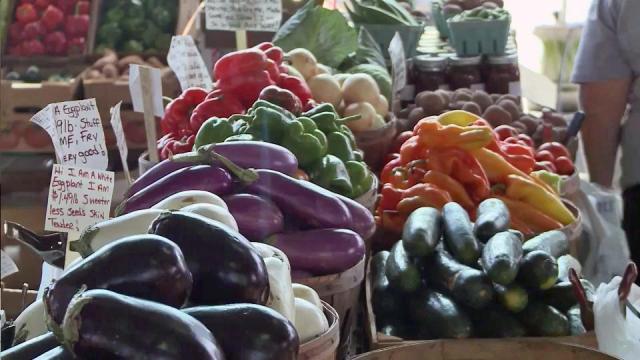 A Raleigh sixth-grader is one of two youth volunteers in the state of North Carolina were honored on Thursday at Daniels Magnet Middle School.

William Winslow will be presented with an engraved silver medallion to recognize his selection by The Prudential Spirit of Community Awards as one of the state’s top two youth volunteers of 2018.

He will also receive $1,000 and an all-expense-paid trip in April to Washington, D.C., for several days of national recognition events.

Winslow works to fight childhood hunger in the Triangle by holding food drives to fill backpacks with weekend food for children who otherwise might go hungry and by helping to build school gardens in neighborhoods with limited access to fresh food.

Winslow launched the organization The Food Drive Kids in 2013, when he was in the first grade and concerned for classmates he knew would be hungry during Spring Break.

Winslow is holding his next food drive Saturday, April 21 at several Wake County locations. The organization needs dozens more volunteers for drives around the Triangle.