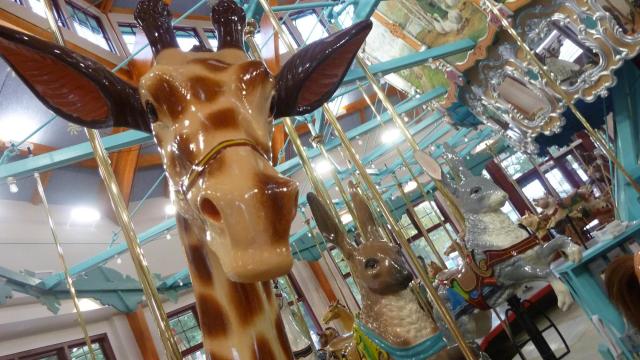 Raleigh, N.C. — The city of Raleigh is on the hunt for historical photos of Pullen Park and its carousel as it prepares to celebrate the 100th anniversary of the historic Dentzel Carousel's move to the park.

The city is looking for pictures and artifacts that relate to the carousel or park that include, but are not limited to, according to a press release:

The city is specifically looking for items from 2010 or earlier before the park went through a massive renovation and upgrade. They are hoping to collect items, specifically, from the early years of Pullen Park.

Here's what the city says about what it's looking for: "Photographs can be of the carousel itself, as well as any major features or areas in the park that may appear substantially different than how they look today. We would also like to find images and objects relating to older events at the park as well.

"Our collection is currently extremely limited when it comes to artifacts and images dating back to the park’s debut in 1887 and we are looking for the community’s help in bringing this history back to life. Over the coming months we will be developing programming, exhibits, and special events that are set to occur around the end of March 2021 to coincide with the first spin of this carousel in Pullen Park. With your help, we hope to display the stories of Pullen Park, the citizens of North Carolina, and the Dentzel Carousel through the years."

Pullen Park is the first public park in North Carolina, the fifth oldest operating amusement park in the United States and the 16th oldest in the world, according to the city.

The park is named after R. Stanhope Pullen, who donated 80 acres to Raleigh for the park in 1887. The carousel opened at the park in 1921 and is on the National Register of Historic Places. It had been at Bloomsbury Park, a trolley park run by CP&L at the end of the Glenwood Avenue trolley line, according to this history of the carousel.

If you would like to submit a Pullen Park image or artifact, contact Curator of Collections Ainsley Powell at Ainsley.Powell@raleighnc.gov or 919-996-4365 before Dec. 18, 2020.