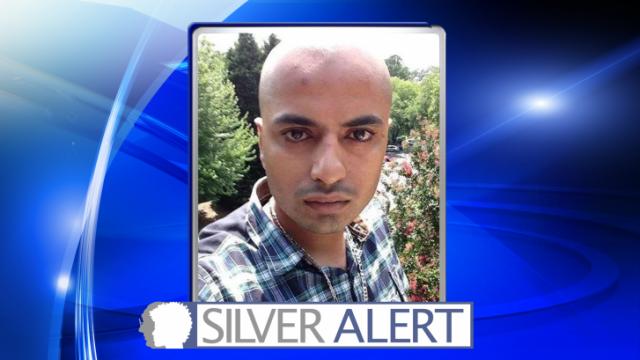 UPDATE: The Silver Alert for Noor Mahammad Memon was canceled about 4:45 p.m. Thursday.

Raleigh police were searching Thursday afternoon for a missing 28-year-old man who is believed to be cognitively impaired.

The North Carolina Center for Missing Persons issued a Silver Alert for Noor Mahammad Memon at about noon after he went missing from 926 Edison Lane.

Memon is 5 feet 8 inches tall and weighs 160 pounds. He is bald and has brown eyes, police said. When he disappeared, Memon was wearing blue jeans, a grey T-shirt with stripes and tennis shoes.

He was last seen traveling east toward Poole Road.

Anyone with information about Memon's whereabouts should call the Raleigh Police Department at 919-996-1545.