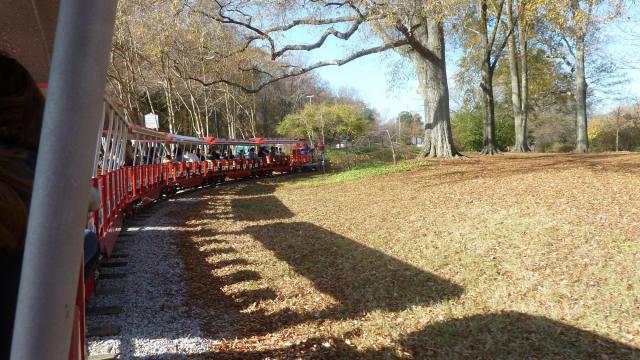 It's about to get a little bit more expensive to spin around the carousel at Chavis Park or chug along on the train at Pullen Park.

The city of Raleigh announced this week that the ticket prices for amusement rides at both Pullen Park and John Chavis Memorial Park will go up from $1 to $1.50 on July 2. The city hasn't increased ticket prices for more than a decade, according to a press release.

Pullen Park's rides include the carousel, kiddie train and kiddie boats. (The price for Pullen's pedal boats will remain the same - $6.) A fun fact: Pullen Park is the fifth oldest operating amusement park in the United States and 16th oldest in the world.

Chavis Park, about a mile from Pullen down Western Boulevard, has a carousel, which was refurbished and moved into a new building off Martin Luther King Boulevard in 2013. The park is set for a major overhaul starting this year with plans to build a destination playground just south of downtown Raleigh.

Chavis Park's carousel, which dates to the late 1910s or early 1920s, is a designated Raleigh Historic Landmark. The park also is important for the role it has played for the African American community in Raleigh and across North Carolina. When built in the 1930s, Chavis Park was one of the state's first urban parks for African Americans.

If your summer plans included lots of visits to either park, you can load up on those $1 tickets now. Tickets never expire, so the $1 tickets you buy today are good for as long as you have them.