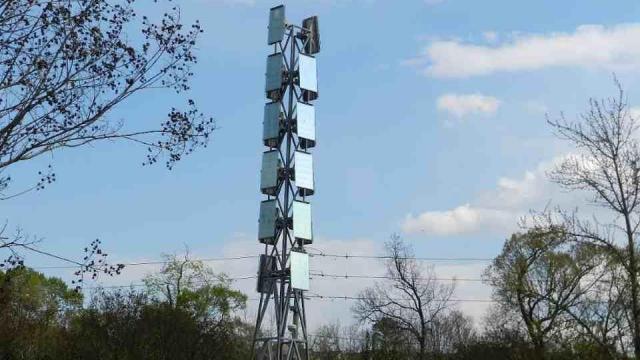 Raleigh, N.C. — Those who have lived in Raleigh since the 1990s may remember the controversial installation of the Light + Time Tower near the Capital Boulevard entrance to downtown Raleigh.

But while Raleigh was debating wildly about whether or not the new art installation was a waste of roughly $50,000 dollars of taxpayer money, the artist and his wife were having a personal tragedy and heart wrenching love story that not as many knew about.

Dale Eldred was commissioned to build the Light & Time Tower for Raleigh, but before finishing his final gift to our city, he died suddenly.

It was his wife, Roberta Lord, who finished her husband's work of art. Who made sure it would stand and beam in the sunlight as it was intended to. Who fought to ensure his legacy would continue.

And she did it while Raleigh citizens debated whether or not they wanted the artwork – while many called it ugly, or confusing, or not worthwhile.

This is the love story behind the Light & Time Tower. 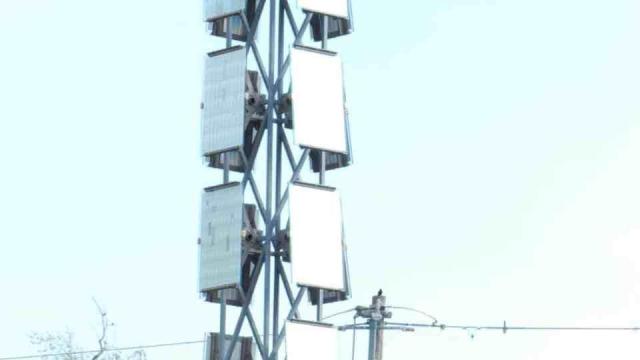 Dale Eldred, the artist, died while trying to save his art

While many people in Raleigh had not heard of Dale Eldred, we perhaps did not realize at the time how nationally renowned his artwork was.

"Since the late 1970s, he had devoted his artistic energy to 'diffraction sculptures,' or works that were defined by light reflecting from surfaces," wrote Project Muse in an homage to Eldred.

Eldred was known as a 'solar artist.' His artwork pushed the boundaries of conventional artwork at the time – and even today.

In 1978 he used 8 miles of Mylar prismatic diffraction tape to cover a warehouse wall. Then, he used mirrors to reflect sunlight onto the wall, "creating an ever-changing image that shifted from brilliant red to glowing green."

Then in 1981, he created an installation on opposite banks of the Charles River in Boston. "When the mirror battery on the north bank was activated by the sun at high noon, the five-color panel on the south bank was transformed into a light-active field of intense color," describes the homage.

However, his Light + Time Tower in Raleigh was described by some, jokingly, as a small cell phone tower. One person actually described it as 'blighted property,' writing, "There is a metal 'tower' that I understand is called the 'Time & Light Tower.'

"I do not understand why, as we grow and attract more and more activity downtown, we would have such a bland and ugly structure. Can someone please take this eyesore down?" the anonymous person wrote.

Even mayoral candidate Tom Fetzer was critical of the tower and its cost.

Shortly after being set up, the tower was defaced with trucker mudflap girls, with stickers affixed to each panel.

But even as people criticized his artwork, Eldred proved the depth of his passion for art when he died trying to save his artwork from rising floodwaters.

Raging waters from the '500 year flood' in the summer of 1993 rose near his art studio in Kansas, as the Missouri River inundated Kansas City.

Eldred died in a fall while trying to salvage equipment and art from his studio.

Although it was mentioned in some newspapers, many locals did not realize Eldred had died during all of the controversy surrounding the Light + Time Tower. He lived in Kansas, where his death made huge headlines; but Raleigh was not as familiar with him and his work – or his life and his death.

Roberta Lord, his wife, stepped up and fought to keep his legacy alive.

But she was heartbroken.

"Here's the situation. I can put a gun to my head and pull the trigger, which is what I want to do. But there's one thing we do very well, and that's work. Let's finish these projects," she is quoted in the News & Observer as saying to her fellow sculptors.

"To fall apart is to dishonor him. If you want to pay homage, you do it by keeping on," she said in the interview.

Did Lord know about the controversy surrounding the tower, one of her husband's final pieces?

Did she hear people calling it ugly scrap metal?

Has she seen the posts of people begging to have it taken down?

If she did, she didn't let it stop her.

In her husband's death, she took his work in her own hands and made sure Raleigh would have the light of his memory – reflected in the Light + Time Tower, a piece of art that's equal parts light and shadow, life and death, love and loss.