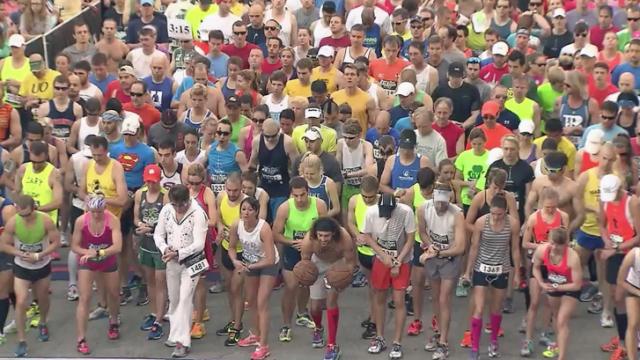 Raleigh, N.C. — The City Council decided Tuesday to slow down on a new policy governing road races in Raleigh, voting to study the issue further before moving ahead.

Many residents have complained races are clogging their streets every weekend. They say repeated road closures make it difficult to get through several popular neighborhoods.

A City Council committee recommended last month reducing the number of races from 100 to 95, and officials also pushed for alternative locations for races to create less impact on neighborhoods and businesses.

In other business, the council approved a business incentives grant to Xellia Pharmaceuticals, which makes vials that can be freeze dried for medical research, to expand its manufacturing facility at 8900 Capital Blvd.

The grant requires the company to create 40 full-time jobs within the next five years with average annual salaries of $45,000 to $70,000, retain 90 existing jobs and invest at least $100 million in the plant. In exchange, Raleigh will give back to the company half of its paid property taxes on a yearly basis for five years.

The council also authorized the Raleigh Police Department to apply to the National Highway Safety Administration for a $339,293 grant to continue funding the operation of a five-person squad whose primary duty is to detect and arrest impaired drivers.

During its first six months of operation, the enforcement squad charged 1,484 people with driving while impaired. That number represents an 86.9 percent increase over the 794 DWI charges during the first six months of 2013. The number of DWI-related traffic fatalities in Raleigh dropped from 12 in the first half of 2013 to two in the corresponding period this year.