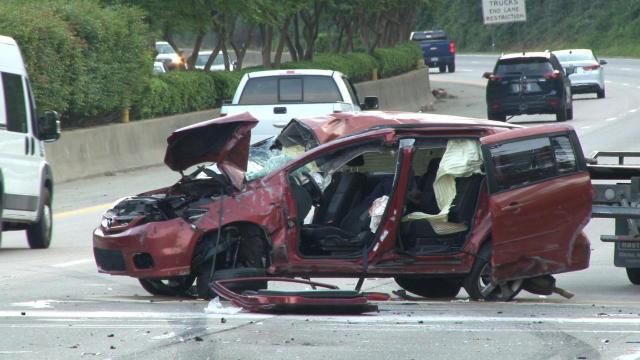 Raleigh, N.C. — Police on Tuesday asked for the public's assistance in identifying the driver of a white sedan that caused a hit-and-run crash on Interstate 440 a month ago.

Alketa Stephens and two passengers were in the center westbound on I-440 at about 6:30 p.m. on May 18 when a white sedan in the left lane sideswiped their red 2006 Mazda 5 between Glenwood Avenue and Lake Boone Trail, police said.

The Mazda went out of control and hit the right guardrail before flipping several times, while the white sedan struck the center median barrier and drove off, police said.

Stephens suffered life-threatening injuries and was taken to WakeMed for treatment. Her condition was unknown Tuesday.

Witnesses said the white sedan was possibly a Pontiac. The car sustained damage to the right front and may have red paint transfer from the Mazda, police said. The sedan also likely has damage to the driver’s side from striking the concrete median barrier, police said.

Anyone with information that may help identify the owner or driver of the sedan is asked to call Officer E.J. Moore of the Raleigh Police Department's Crash Reconstruction Unit at 919-996-3730.