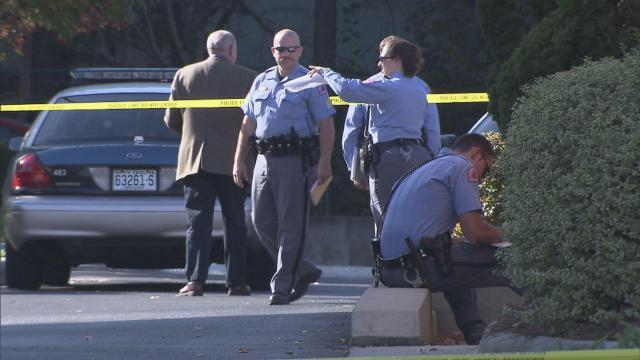 Raleigh, N.C. — Raleigh police were called to a robbery at the BB&T at 611 Oberlin Road just before 1:30 p.m., police spokesman Jim Sughrue said.

The suspect, who was caught on surveillance video, is a white man in his 30s or 40s. He is between 5 feet 10 inches and 6 feet tall with dark hair. He was wearing a sunglasses, a dark shirt, light pants, sport coat and tie.

A teller told police the suspect passed her note implying he was armed. No one was injured, Sughrue said.

Anyone with information about the suspect or the crime is asked to call the Raleigh Police Department’s Detective Division at 919-996-3555 or Raleigh Crime Stoppers at 919-834-4357. Crime Stoppers pays cash rewards for anonymous tips that help solved cases.

The North Carolina Bankers Association offered reward for information leading to arrest and indictment in any bank robbery. Anonymous tips can be reported to 800-209-2293.