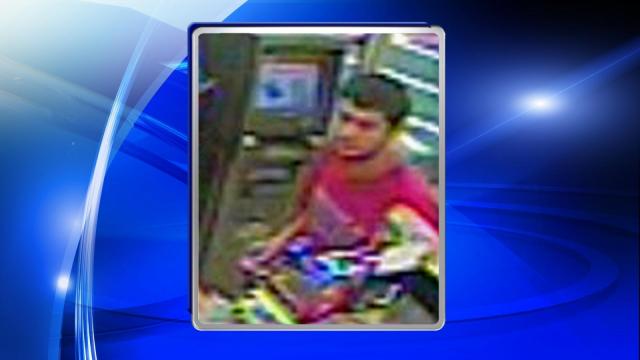 Raleigh, N.C. — Raleigh police are searching for a man who crashed his car through a convenience store and stole lottery tickets.

Police said the man drove a dark-colored SUV through the glass front of a Han-Dee Hugo’s store at 10550 Durant Road just before 4 a.m. on July 21. He then backed the vehicle out of the store and walked in.

He stole three display stacks of North Carolina Education Lottery tickets before leaving, then tried to redeem the winning tickets at other locations a short time later.

On July 23, a Raleigh police officer saw a Jeep Grand Cherokee in a parking lot on Falls of Neuse Road with lottery tickets inside. Investigators determined that the vehicle was associated with the burglary and was stolen prior to the break-in.

Anybody with information regarding this incident is asked to call Raleigh Crime Stoppers at (919) 834-4357.