Raleigh police officer injured in crash on I-40

Raleigh, N.C. — A Raleigh police officer is recovering after a serious overnight crash.

The crash occurred before 3 a.m. on Interstate 40 between Lake Wheeler Road and Trailwood Drive.

Limited information was available, but video showed the back end of a Raleigh Police Department SUV was severely damaged. 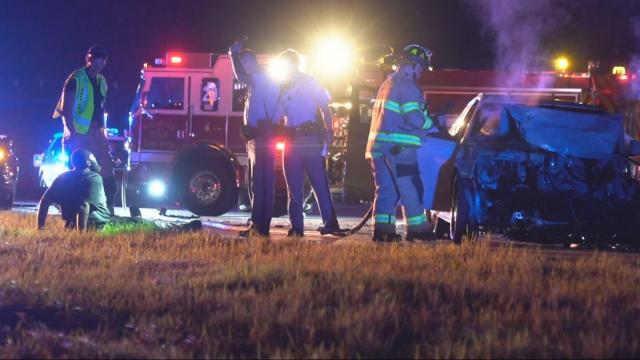 Video also showed two officers walking away from the scene while supporting the officer who was involved in the crash.

The officer involved in the crash told WRAL News she thought she had a concussion from the force of the impact.

The driver who officials believed crashed into the police cruiser was seen sitting on the ground but is expected to be okay.

The crash is under investigation. Charges against the driver were not announced.