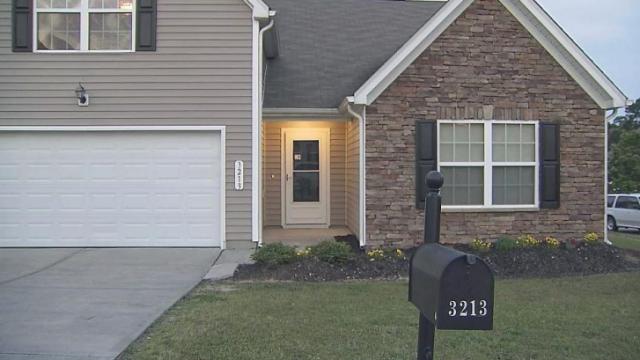 Raleigh, N.C. — Raleigh police are investigating after a man said he was a victim of a Craigslist scam.

Dustin Bettis said he put down a $3,000 deposit and purchased a home at 3213 Hornblower Trail on May 3, after viewing an advertisement on Craigslist. He said the man who identified himself as the owner gave him the code to enter the home.

Raleigh police showed up at the home Monday night and told Bettis he was trespassing and had to leave the property immediately.

Raleigh police confirmed they are looking into the person who was behind the apparent scam, but have not named a suspect.

While WRAL News crews were at the home Wednesday afternoon, two men who said they work for American Homes 4 Rent, the company who owns the home according to real estate records, came to facilitate the removal of rental furniture and appliances. The representatives ended up in an altercation with Bettis. Police were called to the scene to help deescalate the situation.

A short while later, a yelling match broke out between Bettis and a couple who drove up and confronted him over a separate dispute.

WRAL has learned that Bettis has had his own trouble with the law. Zebulon Police Chief Tim Hayworth said Bettis was involved in a fraud scam, was convicted, and served time in prison. He posed as a representative from a local energy company and collected money from customers, Hayworth said.