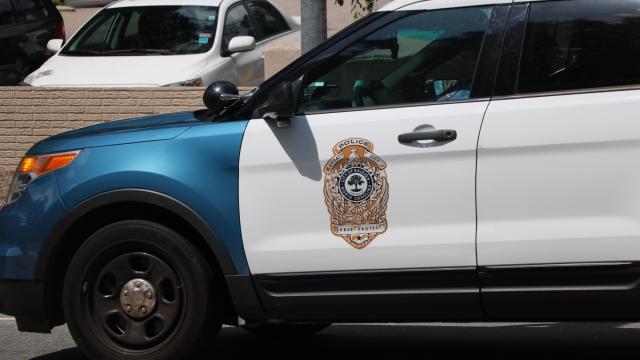 Raleigh, N.C. — The Raleigh Police Department now says it doesn't know how many of its officers and civilian workers had access to a controversial facial recognition app in the six months before the agency abruptly halted its use of the technology earlier this month.

Clearview AI has marketed its service to law enforcement over the last few years, touting a massive database of images as the "secret sauce" behind fast and accurate facial recognition aimed at solving crimes. A New York Times investigation revealed in January that the company collected billions of those images from the internet without consent, drawing the ire of tech giants, privacy advocates and at least one state attorney general.

Raleigh police signed up for the service in August, paying $2,500 for year-long access for three users – all analysts and a supervisor. But after six months, following questions from WRAL News, the department said on Feb. 11 it had ended the use of Clearview amid a review of its policies.

In an all-staff memo, Raleigh Police Chief Cassandra Deck-Brown said those three users were ordered to stop using the service on Feb. 7. But they may not have been the only ones with access to the service.

"Upon further review of this matter, it has been determined that others were offered the use of this tool via an email regarding an invitation, user referral or free trial from the company," Deck-Brown wrote in the Feb. 20 memo, obtained through a records request. "Effective immediately, all personnel (sworn or civilian) are hereby directed to cease the use of any unauthorized facial recognition to include, but not limited to, Clearview AI."

The memo was first reported Tuesday night by CBS17.

Email records show officers told Clearview about five "successful" uses of the software by late August, but police spokeswoman Dia Harris earlier this month refused to say how many times the technology has been used for investigations.

In an email Wednesday morning, Harris said direct contact between the company and individual employees at the company means "there is no way to accurately gauge or gather" information on how many employees had access to Clearview.

Any use by additional employees would appear to violate the department's internal policy governing the use of facial recognition technology, which restricts access to video and computer forensic analysts.

The use of Clearview already appeared to violate another part of that policy limiting the comparison of images to a database of arrest photos maintained by the City-County Bureau of Identification.

"Raleigh police officers should not be secretly running community members’ faces against a shadily assembled database of billions of our photos without democratic oversight, without transparency and without safeguards against abuse," Ann Webb, policy counsel for the state chapter of the American Civil Liberties Union, said in a statement. "It is alarming that, despite the growing opposition to face surveillance, our police department has used an error-prone and privacy-invading technology peddled by a company that can't even keep basic client information secure. The Raleigh City Council should prohibit the department from using Clearview's dangerous system, and state lawmakers must immediately halt law enforcement use of face recognition technology as communities nationwide have done."

A spokeswoman for City Manager Ruffin Hall, who in 2015 approved the Raleigh Police Department's facial recognition policy, referred requests for comment back to the police department.

Sgt. Chuck Penny, supervisor for the agency's intelligence center, reached out to Clearview the next day asking if there was a way to audit searches in the app.

"We are being asked by the media on how many searches we have done and how many matches we have made," Penny wrote to Clearview co-founder Richard Schwartz on Feb. 6.

An 11-word reply came minutes later, prompting Penny to send a similar request to the company's generic help email that afternoon. That request went unanswered, and Harris said the response from Schwartz was the only one the company provided to Penny's questions.

In its Feb. 11 press release announcing that it would no longer use Clearview, the police department said it contacted the company "in an attempt to gather information about past use of the system for internal auditing purposes."

"When we did not receive a response that we believed to be satisfactory, we ceased our use of this technology and have shut down all Departmental access," the statement read.

Clearview has not responded to multiple emails seeking comment.