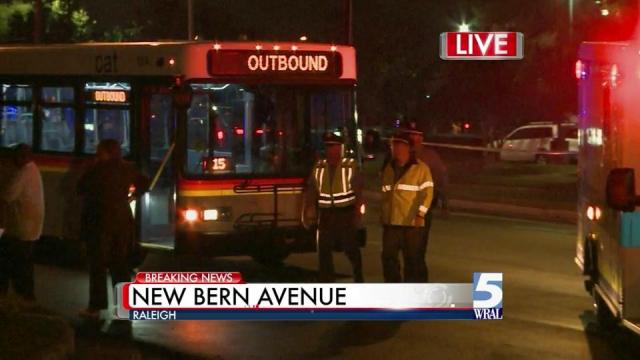 According to investigators, Wade Junior McCray lost his balance and fell into roadway about 10:30 p.m. as the bus was leaving a bus stop near South Pettigrew Street.

Charges are not expected to be filed against the bus driver.

Police closed eastbound lanes of New Bern while investigating the accident and re-routed traffic in the area.