Wake County, N.C. — On a cold morning in February, Raleigh Police Officer Roderick Lee worked the room at the Oak City Outreach Center in downtown. He is one of more than a dozen Raleigh police officers who sign up for weekend shifts at the center, and everyone knows him.

"He's a great officer," said a woman recently who was referring to Lee while she ate a meal at the center. "We all love him here."

Lee and other Raleigh police officers visit the center, which serves hot meals to the homeless once a week, to provide security, but they are also there for a bigger purpose.

"They kind of see that we are really human and not just a person wearing a uniform," Lee said. They see "that we can talk to them about the problems that they have and try to resolve that."

Building those relationships is important because police officers are often called to deal with the homeless community a lot.

A recent study from SAS revealed detailed data of how people are using services that require taxpayer money in Wake County.

The data shows a correlation between people who had been to jail at least once over a 20-month period, and who had also used the homelessness services provided by the County and the Emergency Medical Service (EMS). Most of the people in this group had charges for things like trespassing and disorderly conduct. These are often consequences of homelessness and spending a lot of time in public areas.

"People will call 911 when (homeless people) are just hanging out of the streets somewhere," Lee said.

And that is why he, along with many of his colleagues, are trying to find another way to deal with daily problems.

"I can just tell them what's going on and we can have a sit down conversation and resolve the issue right there rather than having to arrest them or do something we really don't have to do."

Shana Overdorf served as the Executive Director of the Raleigh/Wake Partnership to End and Prevent Homelessness for four years before recently leaving her position. She said officers getting to know people before there is trouble, is a big help.

"It's not uncommon for them to be giving out their business card or to be offering to connect to a resource or explaining a process or maybe why they had gotten in trouble for something," she said.

It's one small step in trying to deal with a growing population while saving money and resources.

"If we were able to look at that differently, we could drastically reduce the amount of time that our local law enforcement as well as and emergency services personnel could be using for people who absolutely need them at that time." 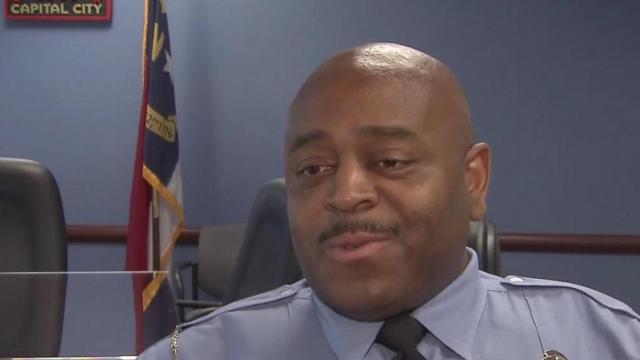