Raleigh 'Nobody is Above the Law' rally calls for Congress to impeach, remove Trump

Raleigh, N.C. — More than 500 protesters gathered Tuesday evening to take part in a "Raleigh Impeach and Remove" rally at Bicentennial Plaza in Raleigh.

The rally is being held on the eve of the expected impeachment of President Donald Trump on Wednesday by the U.S. House. A report by the Associated Press says Democrats have enough votes to carry out the impeachment. No Republicans have indicated they will vote for impeachment, meaning the vote will be along party lines, the AP reports. 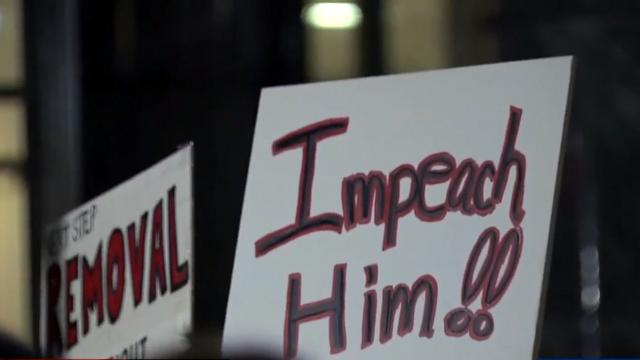 "You've got to come out, you've got to show that this is important to you and that no one is above the law," said Janet Griffin, one of the protesters.

There were several Trump supporters out at the event, too.

"To say that he’s doing anything to really hurt this country is kind of ridiculous," said Paul Minton. "He may not be the best, I’ll say that. However I do think he’s a good man for this country.

"He’s trying. And this, with their supporting socialism, communism coming into our country, it will never stand up." 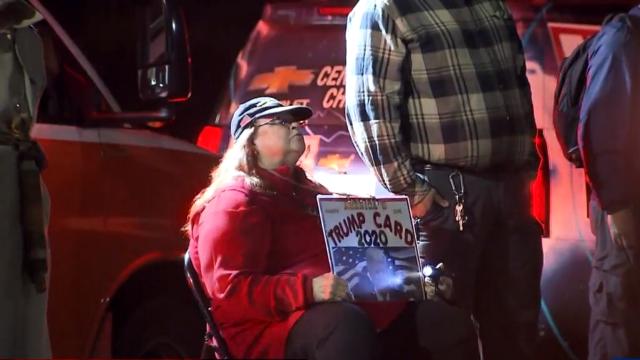 The rally is organized by Impeach & Remove effort, and is part of its "Nobody is Above the Law" events, according to impeach.org. Speakers were scheduled to talk before a short march and rally were held at the Bicentennial Plaza.

"The night before the House of Representatives takes a somber vote to impeach Trump, we'll head to every congressional office and public square to declare that Nobody Is Above the Law as representatives finalize their positions and senators look on," the website states.

Attorney Aylett Colston, Political Action Chair of the Raleigh Apex NAACP, said in a press release, "In the Declaration of Independence, America's founders said that a government of right drives it’s 'just Powers from the Consent of the Governed.' The president has violated public trust and abused the powers of the office of president for his own benefit. He has sought to undermine the legitimacy of our government by seeking foreign interference with our elections.

"He has refused to acknowledge the checks and balances of the American Constitution. He has become destructive to the principles of American democracy, and is unfit to be the president of a free people. The president no longer has the consent of American people and must be impeached and removed.” 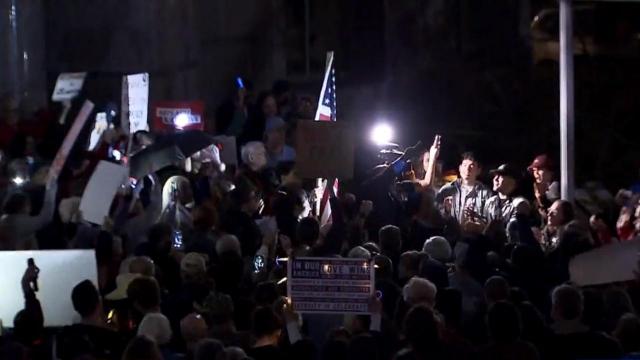 Pamela Walker, Communications Director for the N.C. Department of Public Safety, said in an email to WRAL about the Raleigh rally, "There are no approved permits this evening for the location(s) you asked about. State Capitol Police maintains a constant state of readiness for the security of the downtown government complex."

Similar rallies were also held in Hillsborough and Pittsboro. Catherine Wright, Public Information Officer for the Town of Hillsborough estimated 250 people were at the rally there.