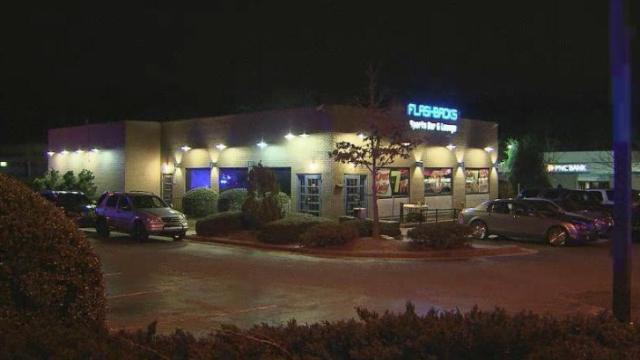 Raleigh, N.C. — The North Carolina ABC Commission announced Friday that is has suspended the alcohol permits of a Raleigh nightclub following a fatal shooting outside the facility last weekend.

ABC Commission officials said Flashbacks Sports Bar & Lounge, at 4004 Capital Boulevard, has been the scene of more than hundreds of reports of gunshots, drug violations and fights since the bar was permitted in October 2011.

The latest incident is the death of Michael Tavon Tolbert, 22, who died at WakeMed early Jan. 19 after being shot in the calf at about 4 a.m. in the parking lot outside Flashbacks.

Raleigh police told the ABC that Tolbert was shot Sunday morning after an altercation with an employee of the club. Authorities said there was an exchange of gunfire in the parking lot after Tolbert was denied entry to the club.

Raleigh police also provided information to the ABC Commission about the troubled history of the club.

From Jan. 1, 2013, to Jan. 19, 2014, the Raleigh Police Department received 148 calls for activity at or near the club, including disorderly conduct, assaults, fights, shots fired and other various property crimes.

There were reports of shots being fired into an occupied vehicle in September 2013, officials said. The suspension of the club's alcohol permits is immediate, officials said.

A call to the club Saturday yielded an automated message.

Raleigh police have not made any arrests in Tolbert's death. Anyone with information about the shooting should call the Raleigh Police Department's tip line at 919-834-4357.