Raleigh man teaches the art of making cheese at home 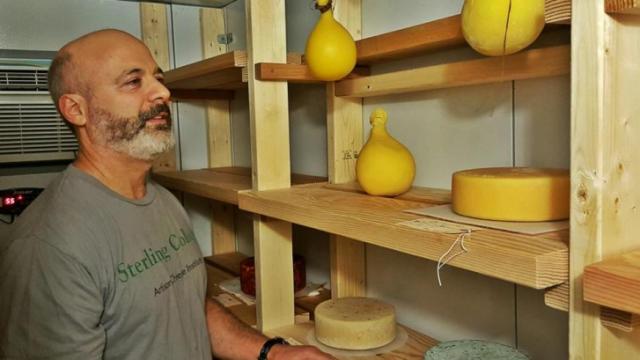 Raleigh, N.C. — It all started five years ago when Richard Nathan and his wife were vacationing in France celebrating their wedding anniversary.

While dining out one evening, they ordered a cheese plate.

Inspired by the delicious cheeses, an idea began to take shape in Richard’s mind. People make beer at home, so why not cheese? He looked at his wife and said, “You know, maybe we should learn how to make cheese - it would be a lot of fun!"

When they got back to their hotel room that night, Richard did some research online, found a cheese making class back home and signed up.

That was the beginning of his journey into the art of cheese making.

In the five years that followed, Richard took additional classes and worked on honing his craft by experimenting with the cheese making process at home and completing an intense 60-hour cheese making class at the Sterling College Artisan Cheese Institute in Vermont.

Years of trial and error have allowed him to refine his process, and he recently launched Second Act Artisan Cheese, where he holds workshops teaching local cheese enthusiasts how they too can make cheeses at home.

Richard offers his workshops out of his North Raleigh home, which is equipped with an impressive new cheese making kitchen in a spacious walkout basement that opens up to his beautiful backyard garden. The kitchen is set up with all the needed equipment and plenty of space for instructing classes of up to six people. It even has a walk in cooler or “cheese cave” to store the cheeses he has made while they age. 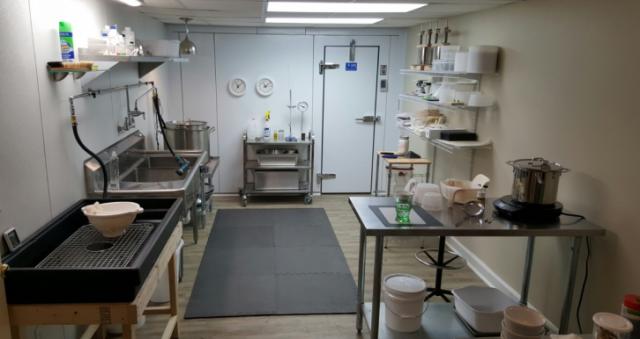 Richard is quick to point out that, although his setup has all the bells and whistles, most people already have everything they need to make cheese in their kitchens at home. As he explains it, all you really need to get started is a pot or two and a stove to heat the milk.

The trick is that there is a lot of trial and error in the cheese making process, and that’s where Richard comes in. His workshops allow him to remove the mystery the process and share his firsthand experience as he takes you through each step and shares tips about common mistakes. He also knows more than his fair share of tricks to tweak recipes to short-circuit what would otherwise be a time consuming process.

Making cheese is a pretty straightforward process, but, according to Richard, the more you do it the more you realize there is to learn. It all starts with one key ingredient – milk. Through the process of adding heat and acidity, the liquid (whey) is separated from the solids (curds).

Then, different techniques are used to remove moisture from the curds and concentrate them, adding different cultures and brines along the way that through the aging process will transform the curds into different cheese varieties with different texture and flavors. 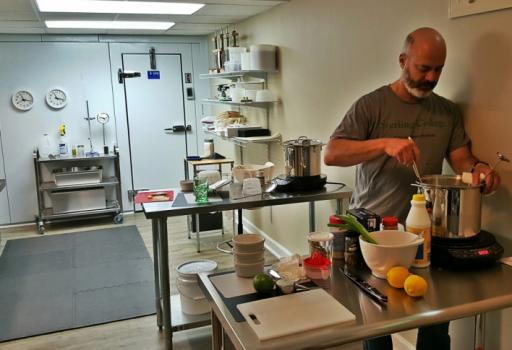 It sounds simple, but there are a lot of critical variables like time, temperature and pH levels that can affect the outcome of the cheese.

Second Act Artisan Cheese offers several different workshops that are designed to give an aspiring home cheese maker a path to progressively more advanced types of cheese making. For the first-timers, there is a three-hour “Cheese Class Express” session that covers the basic steps in the process without getting too deep in the science of it.

By the end of the express class, attendees make fresh soft cheeses like Ricotta and Fromage Facile that are ready to eat within an hour.

There are also more intense day-long workshops, like “Cheesemaking Fundamentals,” which focuses on both the theory and practical aspects of making cheese at home and breaks down the process into understandable steps.

The “Intermediate Cheese Workshop” ventures into learning to make more complex style cheeses like Flavored Jack Cheese, Gouda and English Cheshire and applying techniques for cutting and drying curds and controlling different variables during each step.

Classes are typically held on the weekends and range in price from $50 for the three hour express class to $150 to $175 for the more advanced day-long workshops. The day-long workshops run from 9 a.m. to 5 p.m. with an hour break when lunch is served.

As part of the workshops, cheese tastings are included throughout the day, with cheeses provided from local specialty shops like Orrman’s Cheese Shop, which is located in Raleigh’s Lafayette Village. With all the classes, attendees receive hands on participatory learning as well as written summaries and recipes to take home. 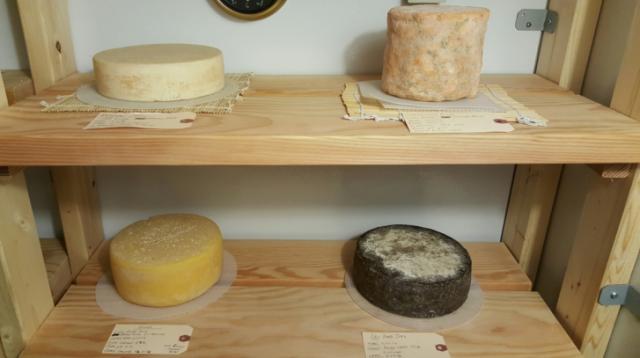 Richard’s goal is to provide workshop participants with a fun and rewarding learning experience, giving them an appreciation for what goes into making cheese as well raising awareness in the Raleigh area about all the phenomenal cheeses that are made around the world and even right here in the Triangle.

Who knows - it might even lead to more people taking up cheese making as a new hobby! The Triangle is regularly referred to a as great “foodie” area, and having a local place like this to learn how to make cheese at home adds additional flavor to the local foodie culture.