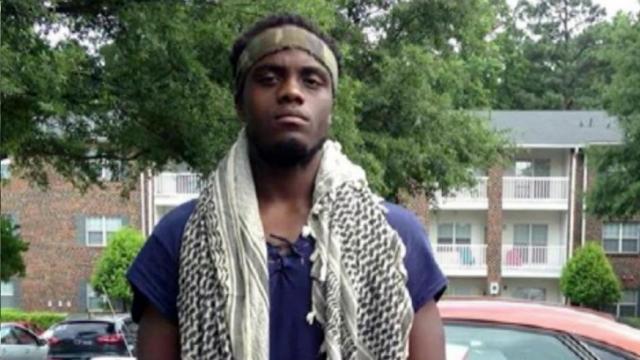 Raleigh, N.C. — A Raleigh man pleaded guilty Thursday to trying to aid Islamic militants in Syria and Yemen, according to federal authorities.

Akba Jihad Jordan, 22, pleaded guilty to conspiracy to provide material support to terrorists. He will be sentenced later.

Federal law prohibits conspiring to kill or maim people outside the U.S.

Brown, who pleaded guilty in August and is set to be sentenced in three weeks, was taken into custody at Raleigh-Durham International Airport. He told investigators he planned to fly to Turkey and then enter Syria to fight for Islamic State militants.

FBI agents arrested Jordan, who was trying to obtain a passport, at his Gresham Lake Road apartment, where they seized several weapons, including an AK-47 rifle and a sword, along with ammunition.

Confidential informants told the FBI that Brown and Jordan, a 2011 Millbrook High School graduate, began talking last May about going overseas to engage in jihad. Jordan "functioned as a type of physical fitness, firearms and tactics instructor to Brown" and often displayed a cache of weapons and ammunition in his apartment, records state.

Jordan even stated at one point that he slept on his kitchen floor with an AK-47 and a Quran to empathize with Muslims in Syria.

The pair planned to use a charity as a cover for their travels, saying the government would have a hard time making a terrorism case against them if they argued they were on a charitable mission overseas, according to court records.