Raleigh, N.C. — A Raleigh man is facing charges after he allegedly struck and killed a pedestrian early Friday while his blood alcohol content was nearly twice the legal limit, according to court documents.

Fletcher Fairbanks Martin, 34, of 1321 Still Monument Way, has been charged with felony aggravated death by vehicle. He was being held Friday at the Wake County Jail on a $150,000 bond, according to the arrest warrant. 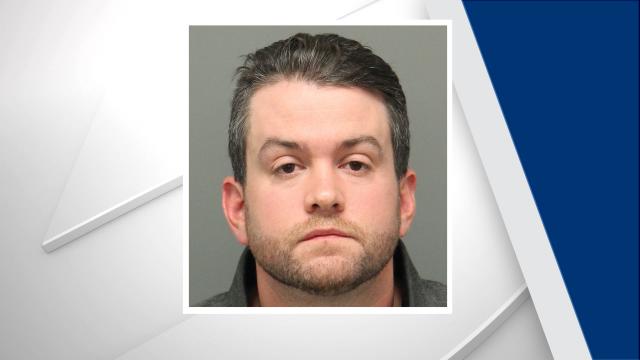 Walter Everhart died after he was struck by a pickup on South Saunders Street around 1 a.m., police said.

The accident prompted authorities to close Saunders Street for about four hours while they investigated the crash. The road reopened to traffic around 5 a.m. after being closed from Ileagnes Road to South Wilmington Street.

Everhart stepped into the travel lanes from the right side of the curb before he was struck by the oncoming truck, the warrant says.

The police officer at the scene who conducted the investigation noted in his report that Martin had "glassy eyes" and was "unsteady on feet. His blood alcohol content registered at .15, significantly higher than the state's legal limit of .08.

According to the arrest warrant, Martin was previously convicted in Wake County of driving while impaired in April 2015.