Raleigh man arrested on drug charges after incident with crowd 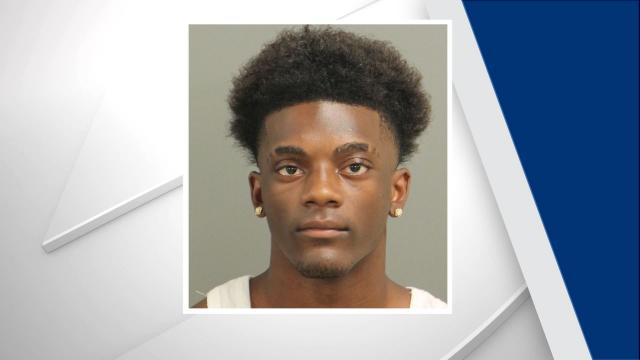 Raleigh, N.C. — Raleigh police said they are investigating after an incident with a crowd led to the arrest of a man and an officer injured.

On May 10, Police arrested Willie Harvey Witherspoon Jr. and charged with possession of a schedule IV and a schedule VI controlled substance. During the arrest, Raleigh police said when they arrived at 5529 Wood Pond Ct., they saw four individuals, two who were named in a search warrant, standing near a car located in the 5400 block of Talserwood Drive.

As officers approached the car, investigators said they detected the odor of marijuana and detained all four individuals. During a search of one of the individuals named in the search warrant, he head-butted an officer, causing injuries that required the officer to seek medical treatment at a hospital. That juvenile was taken to the ground to control him and prevent any further injury.

During this investigation, Raleigh police said a large crowd gathered and became agitated. Multiple officers were called to the scene for crowd control. While officers continued their investigation, another individual who was detained became combative and attempted to flee; he was arrested and taken into custody.

Officers on the scene were equipped with body-worn cameras, which were activated and captured the events. The Raleigh Police Department intends to file a petition for the release of the footage.

Police said the juvenile who assaulted an officer was placed in secure custody and appropriate juvenile petitions were filed. The third person, the owner of the vehicle, was not charged. The fourth person, also a juvenile, was not charged and was released into the custody of his parent.