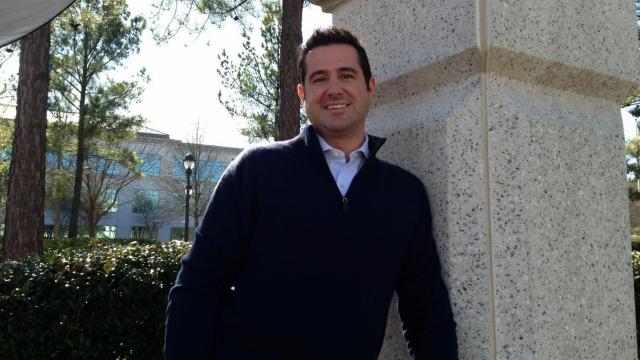 Most high school students don't picture their dream job in the world of lending and finance. In fact, according to a survey by MarketWatch, around 20 percent of teenagers — the largest surveyed — aspire to careers in fields such as athletics, art or entertainment, while just 2 percent report an interest in a career in finance.

But Phil Jawny, founder of GoVA Loans, was just that sort of teenager.

"In high school, I was a bank teller," Jawny recalled. "I got promoted to the line manager and was doing really well, and I thought, 'Well, what's next in banking? Can I make a career out of this?' I'm in high school, and I'm just goofing off and having fun, but I happen to be good at it. So I had to ask, 'Can I make a living out of this?'"

Since his plucky teenage days more than 20 years ago, Jawny has gone on to do more than just make a living out of banking. In fact, he's become not only the number-one producer at Towne Bank, but is also the number-one mortgage origination producer in the Triangle marketplace.

Although Jawny has reached great heights in his entrepreneurial lending career, it wasn't smooth sailing from the beginning — after all, not many banks are eager to hire an employee fresh out of high school for a high-level position. Instead, Jawny had to be confidently persistent and use his resources.

"They didn't want to hire me because I was 18, but I was able to talk to one of my friends' mom. She happened to be a big realtor and managed a huge real estate office in the Chicago area," Jawny explained. "She called up the president of the bank I was working at [as a teller] and had a 15-minute conversation with him. The very next day, they were calling me, pulling me into the office, rolling out the red carpet, teaching me, pulling me in and bringing me under their wing."

After he found his way into the business, his passion for lending only grew — not for the monetary gains, but for the human aspect. He was invigorated by the chance to simplify an intimidating process in a way that made it graspable to the everyday person.

Jawny didn't feel the need to "put on a three-piece suit" to talk about money. Instead, his conviction was and is to be wholly himself — while still maintaining that high level of success — and make the high-stress process of home-buying more approachable for everyone involved.

That drive for simplification led Jawny to dig into one of the more complicated — and seldom-discussed — niches of personal finance: VA loans. Since these loan programs are largely misunderstood by the general population (and even financial experts themselves), they're both underutilized and under-explained to the underserved market of active service members, retired military and veterans to which they apply.

In fact, according to a recent National Survey of Veterans, millions of military personnel are unaware of the benefits that the VA loan has to offer. Jawny wants to see that number drastically decrease.

"We're experts at this particular service. How can we take our expertise and knowledge and serve those that have served us with their expertise, their knowledge and their time in the military? How do we give back in a way to impact them?" Jawny said of his motivation— the motivation that eventually led to the creation of GoVA Loans.

In the end, it all comes back to the idea of education and awareness. According to Jawny, most major lending companies fail to make veterans and active service members aware of the benefits available to them, which can limit their home-buying options. When meeting with clients, he takes care to lay out each of the benefits of a VA loan, while also dispelling any myths that may be dissuading them.

In addition to what's discussed during one-on-one meetings, he and the GoVA Loans team are also working on developing classes and programs for local military bases. Currently, he's in talks with the financial director of Fort Bragg to organize a curriculum for teaching military members and their families all about financial literacy, credit, loans and more.

After all this time, the satisfaction of seeing families empowered by these newfound benefits is enough to make every day fulfilling and rewarding — and Jawny doesn't plan on stopping that anytime soon.

"There's nothing the same in my day, or in my life everyday. You look at it on the outside, and you think, 'Wow, 20-plus years of doing this, and you're still excited to go to work every day.' It's because I don't feel like I'm going to work," Jawny mentioned. "Each day is something completely different that I haven't seen that pops up. There's always a challenge."

Although Jawny's work may be challenging at times, he's left almost entirely satisfied clients in his wake — and plans to continue doing so for years to come.

"If I'm able to help and make a difference and spend time with someone who's really going to utilize the skills and knowledge, then for me I could do that all day and all night and never get tired," he said,

This article was written for our sponsor, GoVA Loans