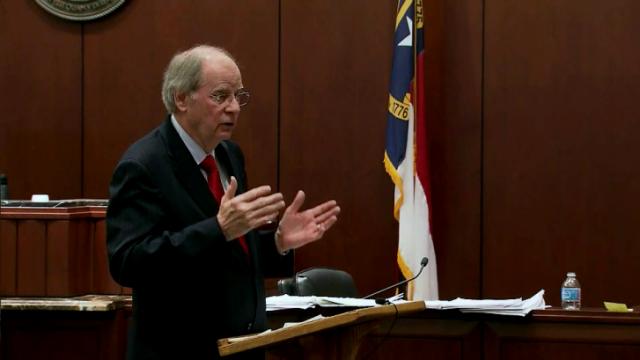 Raleigh, N.C. — High-profile Raleigh defense attorney Johnny Gaskins was ordered to surrender his law license Thursday after he was convicted of stealing money from a client.

Gaskins pleaded guilty to two counts of embezzlement. He was placed on probation for four years and ordered to pay $23,000 in restitution to the former client.

The North Carolina State Bar filed a complaint against Gaskins in June, charging that he forged the signatures of his clients on a $23,000 settlement check in a 2015 traffic accident and deposited the money in his personal bank account. Gaskins never informed the clients of the settlement, instead telling them that it could take up to two years to settle their injury claims, the State Bar said.

Superior Court Judge Carl Fox said he has concerns that Gaskins cannot repay the money to the former client after defense attorney Dan Boyce said Gaskins has several other debts and health problems.

Gaskins has represented such clients as Amanda Hayes, who was convicted three years ago of helping her husband kill his ex-wife, Laura Ackerson, and dispose of her dismembered body in Texas; Adam Sapikowski, who pleaded guilty in 2008 to killing his parents and leaving their bodies in the family's Chapel Hill home while he went to his high school prom; Tony Johnson, who was involved in a shooting at a 2004 tailgate party at a North Carolina State University football game that left two men dead; and Kawame Mays, who killed Raleigh police Officer Paul Hale in 1997.

The State Bar complaint isn't Gaskins' first legal problem. He was convicted in 2010 of trying to evade Internal Revenue Service rules by structuring bank deposits to avoid reporting requirements. He spent one day in jail, nine months in a halfway house and three years on probation in that case.