Raleigh, N.C. — Raleigh is launching a six-month pilot program, the West Street CycleTrack Project, with the goal of protecting cyclists from cars and promoting cycling.

The new roadway for bikes, called CycleTracks, will include physical barriers that will separate cyclists and car traffic in downtown Raleigh.

The lanes will run down West Street, starting at Jones Street and ending at Martin Street. Officials hope the new cycle tracks will connect the Glenwood South area to the Warehouse District. 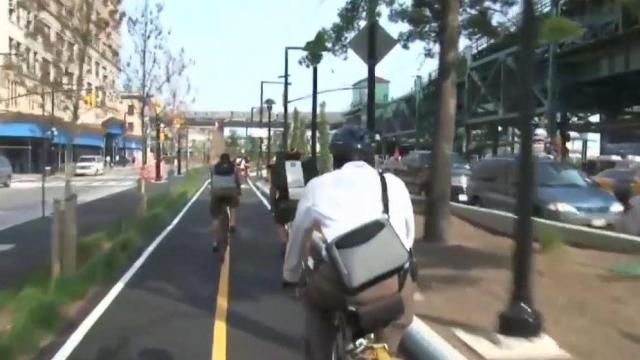 The initiative will give bikers their own designated area in the form of a two-way bike lane on the city street.

The project is projected to cost around $20,000. The group Oaks and Spokes is raising the money for the project and have raised $12,000 already.

When Cody Stokes grabs his bike, he said he keeps a watchful eye on those around him.

“A lot of people do not look where they are going,” he said. "They are using their phones, doing stuff they shouldn’t be doing and not paying attention to their driving.”

Cycling in busy places like downtown Raleigh can be risky.

“It can be a little stressful, especially where bicycle lanes just stop and you are sharing the road directly with cars,” he said. 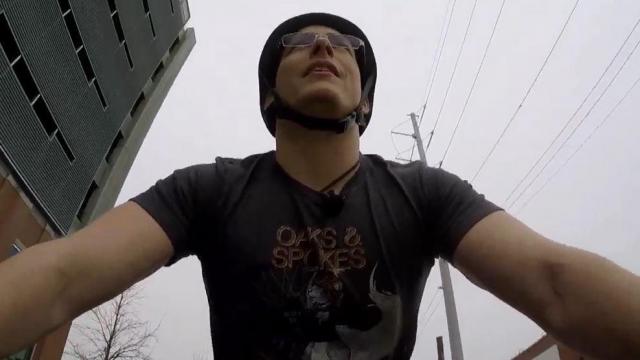 Currently, there are no barriers between cyclists and motorists downtown.

"While they are getting more bike lanes, we are not seeing a lot of motorists that are heeding to the bicycle-only lanes," Stokes said.

Stokes said the completely separate two-lane CycleTracks will keep drivers and cyclists safer. Many larger cities and metropolitan cities have featured them for years.

To make room for the cycle track on West Street, city officials said they'll have to get rid of 22 parking spaces, a loading zone and turn lanes on the west side of the street.

“I can’t imagine what it’s going to do to the traffic congestion and people’s ability to enjoy some of these attractions,” Raleigh commuter Seth Furr said.

Transportation officials said they are planning to change the timing of the traffic lights to cut down on congestion.

Stokes said creating a safe space for cyclists is well worth what the city is giving up.

“People who want to commute using their bikes want to find safe routes around the city, and a lot of streets around Raleigh," he said.