Raleigh, N.C. — A Raleigh journalist was found dead along with her mother while living in Istanbul, Turkey on Friday.

Dr. Arouba Barakat and her daughter, Halla Barakat, who was born and raised in Raleigh, were discovered in their Istanbul home, after family and friends couldn't reach them for two days.

The women are the aunt and cousin of Deah Barakat, a UNC-Chapel Hill dental student, who was killed in Chapel Hill in 2015 along with his wife Yusor and her sister Razan.

Arouba Barakat, 60, was an outspoken activist against the Asaad Regime in Syria. Her 23-year old daughter Halla worked as a journalist with the opposition Media Outlet Orient TV. 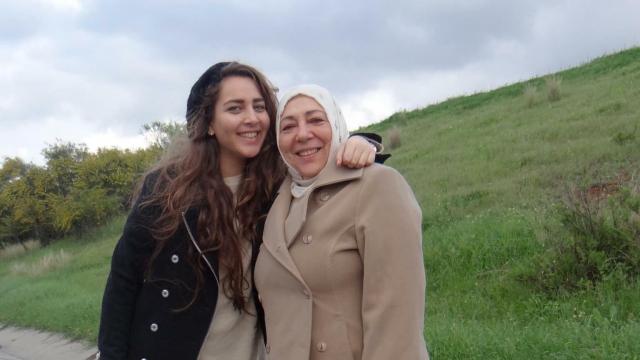 The Barakat family is now mourning the deaths of two more relatives, one of whom was born and raised in Raleigh.

Farris Barakat said his family's heart is broken over the murder of two more family members.

"It's a saying if God loves you, he kind of puts you through difficulties," Barakat said.

Barakat said his aunt was fearless to speak up for what she believed in and was recently receiving death threats.

She writes: "It was just yesterday that we were sitting on the balcony on a cool summer night in Idlib, Syria, as Khale filled the room with her infectious laughter. I'll always remember Halla, whose name means beauty, as the little girl with golden curls and bright green eyes."

Farris Barakat said Halla had so much more to contribute to the world.

"Halla was this young, compassionate person," he said.

In Statement, the US State Department expressed deep sadness, tweeting: "We condemn the perpetrators and will follow the investigation closely."

Deeply saddened by deaths of Arouba Barakat & US citizen Hala Barakat. We condemn the perpetrators & will follow the investigation closely. pic.twitter.com/phuh1kKl1T

Barakat said he wonders if there will ever be justice in this case.

"That's why it's super frustrating for me. I don't know if we can even ever think we can get a sense of exactly what happened," he said.