Raleigh, N.C. — The rumbles of drums and powerful voices of the Haliwa-Saponi could be heard all across Dorothea Dix Park on Saturday as the Stoney Creek Drum Circle's beats led dance competitions. For the first time in hundreds of years, tribes from all across North Carolina celebrated in Raleigh.

People of all ages competed in dance competitions at the powwow, dressed from head to toe in handmade regalia with detailed beadwork and bright fabrics.

Each piece of fabric is specially chosen and woven together with meaning as a way for each person to express themselves. With joy and precision, dancers move around the arena as a form of prayer or declaration of honor.

Most of the people dancing in the powwows have been doing it "ever since they could walk."

The powwow called Mansfield, and other community members who've won certain contests, royalty. Mansfield is well suited for this title. She moved carefully, with her chin held high and a beaded crown on top of her head. 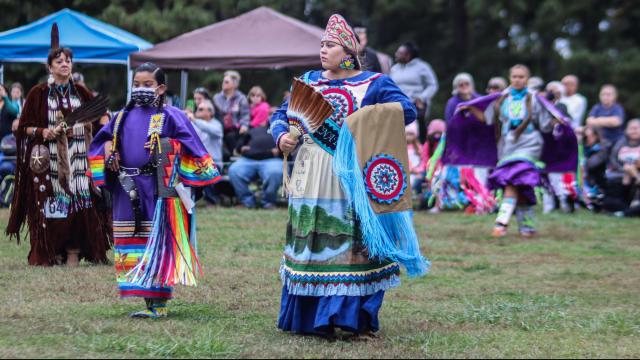 The bottom half of her dress featured a landscape her sister painted, and her hair was pinned back with a handmade barrette. All eyes were on her as she paced the arena, and even though she's a first-year University of North Carolina Chapel Hill student, she looked much older.

Each dance is separated by gender and age, and each conveys different message. 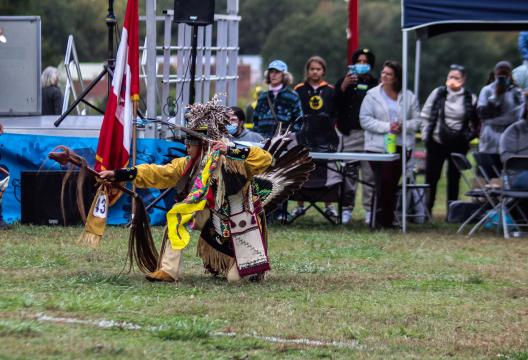 One form of a women's dance, traditional style, is a "way to honor and bring out the dignity in our women," Mansfield said. "It's also a way to honor the women in the past who have danced before us."

The men, wearing eagles feathers on their backs, performed the dance sneak-up on Saturday. The dance shows the men hunting their enemies and making gestures as to where they could be hiding.

'We've been forgotten': NC tribe says Native Americans have been left behind during the pandemic

Exactly 365 metal cone bells lined one group of womens' dresses to represent every day of the year. The dress, which can weigh around 40 to 50 pounds, adds to the percussion as the dancers bounce up and down.

There's never been a more fitting time for the jingle dress dance than the coronavirus pandemic.

"It's used in times of need, for prayer," Mansfield said. 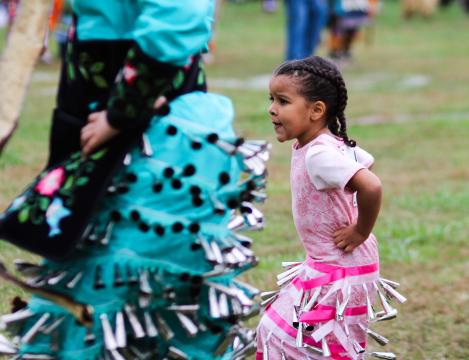 Tribes began practicing the dance, which represents healing, during the last pandemic in 1918. Many attribute the dance to the story of a medicine man and his granddaughter. She was sick with what was likely the flu, and he saw in a dream if she danced in the jingle dress, she would heal.

"The land which we sit here, the history of this land, goes back thousands of years," said emcee Sandon Jacobs.

The oak savanna was once home to Native Americans. The land was used for hunting, gathering and trade. But the early 1700s, Europeans took over the land and turned it into Spring Hill plantation, pushing Native Americans out of the region. 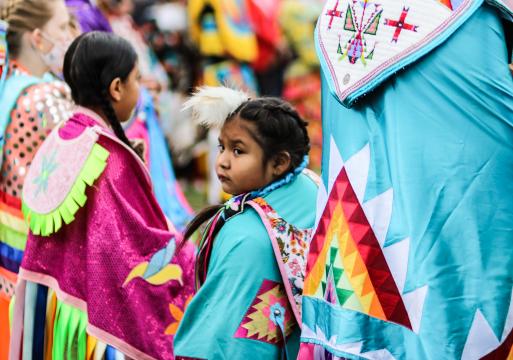 Olivia Richardson, head dancer and member of the Haliwa-Saponi tribe, said that many people have misconceptions about who Native Americans are. 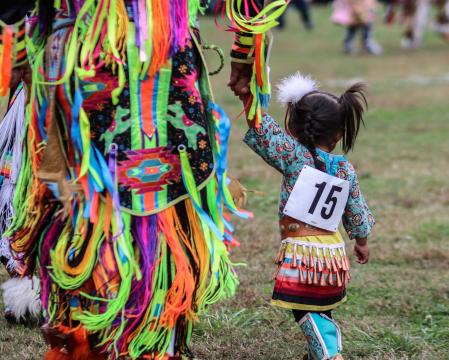 Plenty of people have the impression that Native Americans look and act as if they're straight out of an old western movie, but Richardson said "that's not us. We're so much more than that."

"We are very welcome to people coming and learning about us and also being able to take something away from it at the end of the day," said Richardson, one of the head dancers. "Whether its a healing from some song or just a happier feeling in their soul." 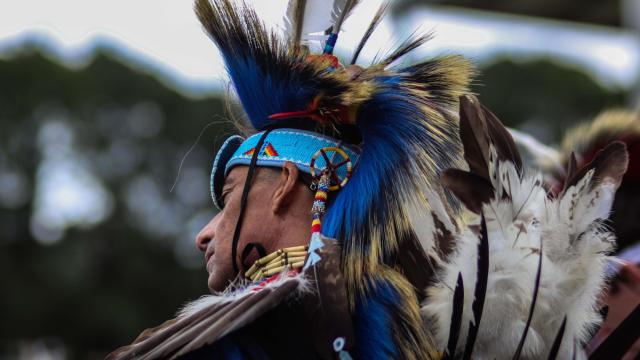 North Carolina is home to eight state-recognized tribes, but only the Eastern Band of Cherokee Indians are federally recognized.

Waccamaw-Siouan Tribe, known as the people of the fallen stars, believed that Lake Waccamaw was formed after a star fell. The federal government has yet to recognize the tribe, despite having more than a thousand members.