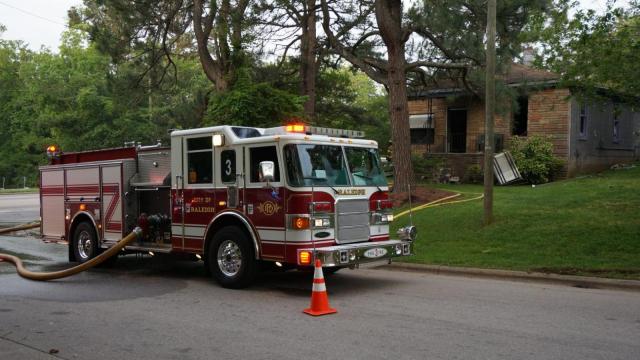 By 6 a.m., heavy flames had engulfed an unoccupied one-story home at 760 Quarry Street. According to the Raleigh Fire Department, 35 firefighters arrived at the scene to put out the fire, which damaged approximately 50 percent of the home. No firefighters were injured in the incident.

During the fire, Martin Luther King Jr. Boulevard was temporarily closed between State Street and Quarry Street. The street reopened by 8 a.m.

According to neighbors, no one lives in the home.

Investigators say the cause of the fire was accidental.