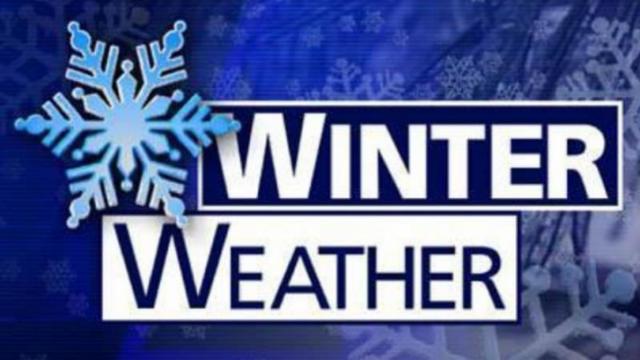 City officials showed off a new salt barn in North Raleigh Thursday. The facility, located on Mount Herman Road, will store salt for for use on Interstate 540, at Raleigh Durham International Airport and along roads in North Raleigh.

Mayor Charles Meeker also outlined the city's plans for clearing streets in the event of winter weather. Crews will pre-treat roads with brine before a storm hits, to speed the melting time of any ice or snow that lands.

City crews will then focus on keeping major roadways and public transit routes passable for vehicles equipped with all-weather tires, snow tires or chains, or other special equipment designed for icy road conditions.

The city has set a priority system for bridges and roads to determine the order in which salt is spread and plowing occurs.