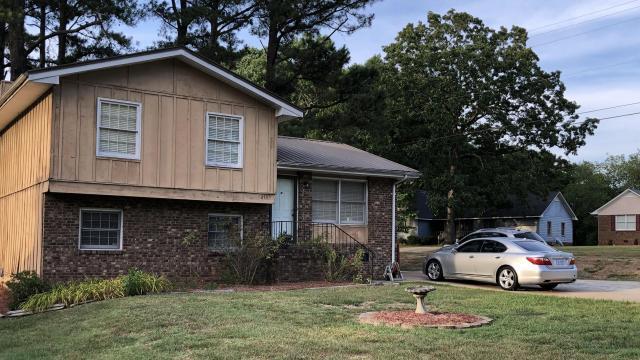 Raleigh, N.C. — The operating license for a Raleigh day care center has been suspended, pending an investigation, after a 10-month-old boy choked on a pinecone and died at the facility Wednesday morning, authorities said.

The state Department of Health and Human Services confirmed to WRAL News that agency officials notified the center of the action via a hand delivered letter to operator Antoinette Rochelle.

"This action is based on the agency's findings that the public health, safety or welfare requires emergency action," wrote Tamara Barnes, the assistant director of the Regulatory Services Section, in a letter to Rochelle. "You must inform all your parents of enrolled children that the facility will close at the end of business today.

No charges have been filed so far in the case, and the letter does provide specifics on how the center can appeal the "administrative action" and have its operating license restored.

It was not clear if the center will appeal the suspension decision.

A Hug a Day Care operates out of a house on Adcox Place in south Raleigh and is one of 158 licensed family child care homes in Wake County.

Rochelle, the owner and operator, had to meet various training, safety and building requirements in order to open for business.

Helena Harris said she dropped her grandson, Areon Ellington, off at the center on Wednesday, but a few hours later, she received a phone call.

"The day care lady called me and told me that I needed to get to the day care because Areon was choking on something," Harris said, adding that she is heartbroken and left with many questions.

"He was my heart, my heart. He was our get up and go," she said. "He was, through our struggles, what was bonding us together."

During an unannounced visit in January, an inspector found seven children under the age of 2, exceeding the limit of five.

Another violation that was found included a space heater that was turned on and in reach of children. That problem was reportedly corrected on an inspection the next month.

North Carolina's star rating system labels A Hug A Day as a three-star facility out of a possible five.

Ratings are based on program standards and the education level of staff.

A WRAL News Investigation found the state removed compliance history in 2005 as one of the factors when determining a facility's star rating.

Harris said the center should consider whether it wants to continue operating.

"If you can no longer handle being a day care provider, you need to get out of the business," she said. "She's been in the business for a long time, and like I'm saying, this is negligence. He shouldn't have been outside as hot as it was."