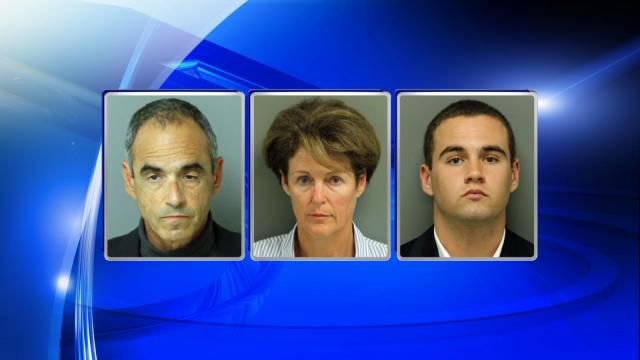 Raleigh, N.C. — A Raleigh couple accused of providing alcohol to minors at a 2014 wedding, including an 18-year-old who died after crashing into a tree, filed a motion Monday to dismiss their charges due to “intentional or deliberate discrimination” from the Wake County District Attorney’s Office.

Dr. Charles Joseph Matthews, 59, and Kimberley Hunt Matthews, 52, are charged with four counts each of aiding and abetting the consumption of alcohol by minors. Their son, Thomas Blake Matthews, 18, is charged with purchasing the alcohol, along with three counts of providing alcohol to minors.

Investigators think Jonathon Gregory Taylor was speeding and under the influence when he crashed into a tree on Hunting Ridge Road in north Raleigh on June 29, 2014. Taylor, who was pronounced dead at the scene, had just left the wedding at the Matthews’ home.

“JT Taylor was a good friend of our son, and we are still in disbelief that he is gone,” Charles and Kimberley Matthews said in a statement they released through their attorney. “Unfortunately, the confusing circumstances have been misunderstood, and we were wrongfully accused of crimes we did not commit.”

In their motion, Charles and Kimberley Matthews claim:

The couple described the prosecution’s case as “arbitrary and intentionally discriminatory.”

“Other individuals at the wedding and reception who aided and abetted the possession of alcohol by underage persons have not been prosecuted despite evidence gathered by law enforcement,” the motion said.

She also said she "believes in the process" of the justice system.

"Underage drinking is a very serious problem in our community that leads to the deaths of many promising young people. Until we stand together as a community against parents who have a kids-will-be-kids attitude, we will continue to lose promising young adults way too soon," Freeman said.