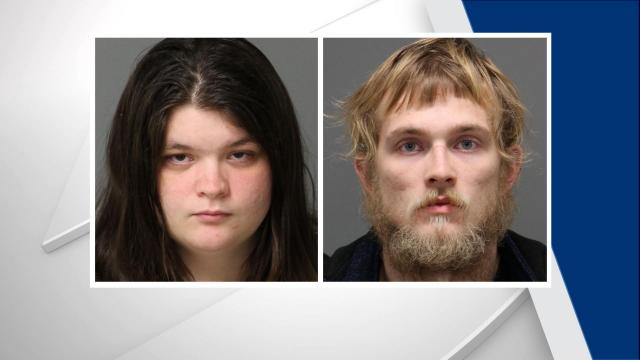 Raleigh, N.C. — Two people were charged with felony child abuse after their 3-month-old was found with severe brain injuries, according to the Raleigh Police Department.

Timothy James Inskip, 22, and Brandi Jayne Puckett, 24, both of Raleigh, were charged with felony intentional child abuse inflicting serious bodily injury, according to arrest warrants obtained by WRAL News. They were each jailed under $500,000 bonds.

The warrant said Inskip and Puckett injured their child, causing bleeding on the brain and retinal hemorrhages.