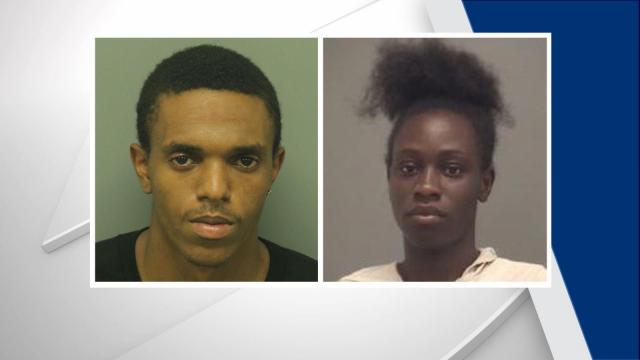 Raleigh, N.C. — A Raleigh couple was arrested and charged in connection to the abuse of their 2-year-old child, according to warrants obtained Tuesday.

Terrell Leon Ballard, 22, of 721 Lunar Dr., was charged felony child abuse of his daughter, which resulted in bruising on her head, left arm, chest, abdomen, back and thighs, according to the arrest warrant. Ballard was jailed under a $75,000 bond.

Sheena Sekret Bates, 23, of 2250 Charles Dr., the girl's mother, is charged with aiding and abetting felony child abuse. The warrant did not specify the nature of the crime. She was jailed under a $50,000 bond.

The warrants said the alleged abuse occurred on July 16.