Raleigh, N.C. — A Raleigh couple was arrested Monday in the death last week of a 5-year-old girl, according to arrest warrants.

Jermaine Kareem Rhyne, 24, and Tiffany Takoa Valentine, 36, both of 3640 Tule Spring St., were each charged with two felony counts of negligent child abuse resulting in serious bodily injury. Both were being held Tuesday in the Wake County jail under $100,000 bond.

Warrants state that neither Rhyne nor Valentine were watching Rhyne's daughter on Jan. 21 when she wound up dead. Authorities declined Tuesday to elaborate on the girl's cause of death or what actions might have led to it.

But Valentine's cousin, Ashley Valentine, said Jassica Steele's death was an accident, and the heartbroken family is trying to pick up the pieces. 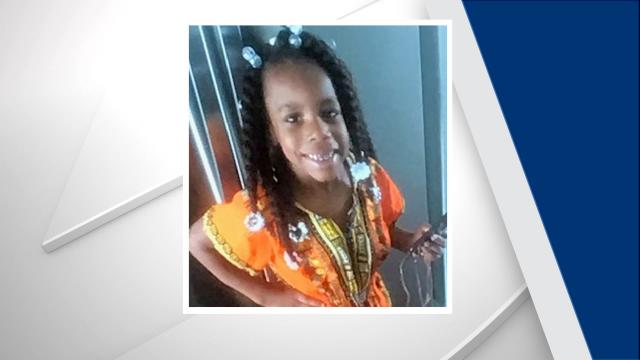 Jassica had eaten a rubber suction cup that was used to hang something on a wall at home and suffocated while the rest of the family slept, Ashley Valentine said.

"This situation is an unfortunate, tragic situation that could have happened to anybody," she said. "As a parent, no parent is perfect. They woke up in the morning to get the kids ready for school, and the child was dead. The autopsy report said that she had swallowed a suction cup that got stuck in her airways."

"[I was] supposed to get everything arranged for my daughter yesterday who is deceased," Rhyne told District Judge Robert Rader during a brief court appearance Tuesday afternoon, noting that he was arrested before he could handle the funeral arrangements.

"Can you lower the bond so I can see my baby?" he asked as he began sobbing in court. "I'm a good father." 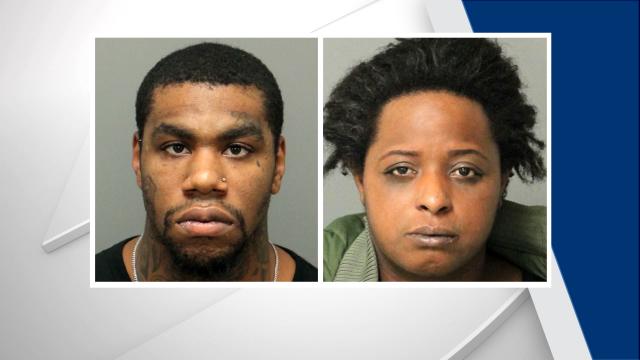 Rader declined to lower his bond or Tiffany Valentine's after a prosecutor noted that a child was dead.

The couple also was charged in a Jan. 8 incident in which Jassica burned her hands on a space heater in the home. Warrants state they weren't watching her and then failed to get her needed medical attention. Police said that incident was unrelated to the girl's death.

Rader also ordered that the couple have no contact with other children in the home. Child Protective Services has taken custody of them.

Ashley Valentine said Rhyne had moved to North Carolina last year after winning custody of his four children from their mother in New York. The children had been in and out of foster care in New York during the long legal battle, she said.

Tiffany Valentine also has a 12-year-old child in the home, her cousin said.

"How they're tearing this family apart," she added. "They didn't even get to bury their child yet, and y'all have them in here on a $100,000 bond. They can't even bond out over something that could have happened to anyone."