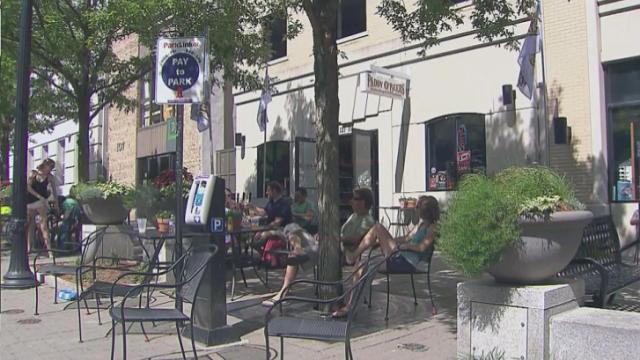 Raleigh, N.C. — After a year of debate, the Raleigh City Council on Tuesday approved rules for outdoor dining downtown.

The regulations do away with stanchions that the city first demanded last year to designate dining areas. People complained that they felt they were eating in an outdoor playpen.

Other rules prohibit the use of picnic tables and stackable chairs and tables, as well as signs on the sidewalks.

The council also voted to exempt city plazas downtown from the sidewalk dining rules so that staffers could study whether different standards are needed.

Last month, the owner of Z Pizza and Tap Room on City Plaza complained when a council committee voted to ban private dining on plazas, saying the move unfairly singled him out.

A separate proposal regarding a ban on Airbnb rentals was sent back to the Mayor's Committee to create an entirely new ordinance after a motion to approve the ban failed 4-4, as did a motion to send it to committee.