Raleigh, N.C. — The devastation Hurricane Dorian left behind in the Bahamas was unprecedented, with more than 70,000 homes destroyed.

On Thursday, the Hope Jam Concert at North Hills in Raleigh – more than 600 miles away – brought people together with the goal of raising as much money as possible to help those still without a place to live on the islands.

"It was devastating, absolutely devastating," said Julie Caviness, who was among the hundreds of people at the concert.

When the Category 5 hurricane made landfall in September, it wrecked the Abacos and Freeport, and Caviness said she felt the need to help. She’s been to the Bahamas in the past and grieves for residents still reeling from the storm.

"When we lose power here for two days, it’s devastating. I can’t imagine what they’ve been through and are still going through," she said. 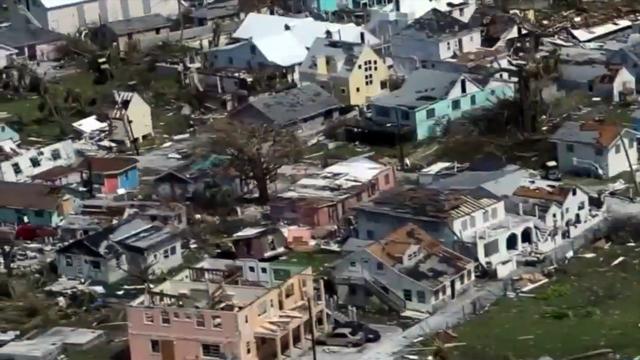 Homes and businesses were leveled, infrastructure was destroyed and dozens of lives were lost. An estimated 70,000 Bahamians – equal to the population of Chapel Hill and Carrboro combined – are still homeless.

"We’re very excited to have a positive impact on the people of the Bahamas," said Kallie Walker, who worked with Hope Jam Raleigh to organize the benefit concert.

"People are the part of the islands that make it so special. So, to be able to help them out and spread a positive message and raise money to help them rebuild their lives is really special," Walker said.

Organizers hoped to raise more than $50,000. All proceeds from the concert will go to the Caribbean Youth Network, a nonprofit that helps find temporary housing, buy new school uniforms and the provide the basics for those who were directly affected.