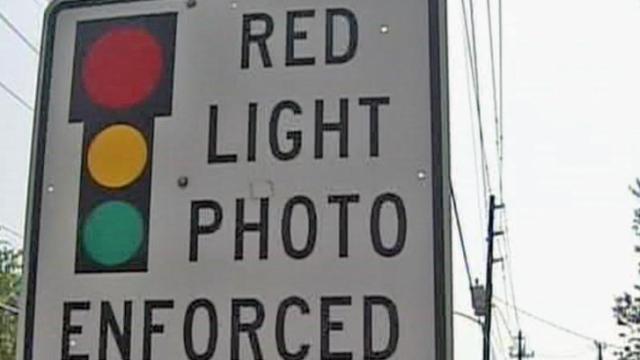 Cary, N.C. — Red light cameras have proven they can make area roads safer, but at what cost?

Both Raleigh and Cary have cameras at 15 intersections and issued a similar number of citations last fiscal year, but that is where the similarities end.

So how does one program lose money while the other gives thousands to Wake County schools? The municipalities pay for the programs in different ways.

In Cary, if a motorist runs a red light and gets caught on one of the cameras, the subcontractor that runs the program gets a percentage of the fine. That's why the town generated less revenue than Raleigh. Based on the number of citations on each camera, the subcontractor collects anywhere from $25 to $49.50 per ticket.

In Raleigh, it does not matter how many tickets the red light cameras generate. The city pays its contractor a flat fee for the program.

"Our goal, mainly, is to more or less break even, a revenue-neutral program, so there's no incentive to send out more tickets or less," said Raleigh transportation engineer John Sandor. "The goal is to have them at those intersections and reduce those collisions at those points."

Cary spends less on the program and makes more. It uses a contractor in Arizona and has one local part-time employee who costs the town a little more than $11,000 to employ.

"Any money we can give to the Wake County schools is a benefit to all of the students in Wake County," Cary Police Chief Pat Bazemore said.

Leaders in both communities say that despite the differences, their goal is the same – to decrease wrecks.
A look at red-light camera locations in Raleigh and Cary
View Red light cameras in Raleigh, Cary in a larger map
SUGGEST A CORRECTION