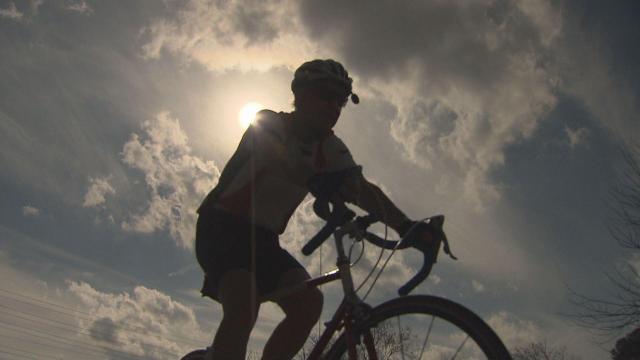 Raleigh, N.C. — When Mike Dayton moved to Raleigh in 1987, hardly any of the city’s roads could be considered “bike-friendly.” Even as recently as 2010, only four miles of roadway featured designated bike lanes or shared-lane markings.

The city has increased that number by more than five times since then, and plans to double it again by the end of next year. By the end of 2014, city transportation officials say nearly 75 miles of Raleigh roads will be more bike friendly thanks to local streetscape projects and matching funds from the state and federal transportation departments.

“This is the finest moment for cycling since I’ve been here,” said Dayton, who serves on the city’s Bicycle and Pedestrian Advisory Commission.

The nine-member commission was created to help City Council develop and prioritize streetscape projects in ways that best serve Raleigh’s cyclists and pedestrians.

“BPAC was set up at a time when more and more cyclists were asking for facilities, and realizing that a city the size of Raleigh deserved to have a better infrastructure in place,” Dayton said. “To [the council's] credit, they’ve listened to our opinions and they take us seriously.”

The infrastructure projects recommended by BPAC include one of five different bike-friendly features:

“The goal is to promote biking as a viable and safe form of transit, and make sure everyone has access if they want,” said Jennifer Baldwin, the Bicycle & Pedestrian Coordinator for the city’s Office of Transportation Planning. “Greenways are a great recreational system, but they don’t have the Point A to Point B network of bike lanes and sharrows,” she said.
sharrow

Sharrows are shared-lane markings, seen on Raleigh streets as a white painted image resembling a bicycle.

The City Council adopted new prioritization guidelines last week for its ongoing streetscape efforts, placing emphasis on projects in the Hillsborough Street and Oberlin Road areas. Baldwin said many of the projects will be paid for with 80-20 matching planning grants from the state, as well as $1.6 million in federal Congestion Mitigation and Air Quality funding.

Infrastructure projects aren’t the only improvements being made to Raleigh’s bicycle culture. City transportation officials and BPAC members are also focusing on education efforts such as Bike Month, a statewide bicycle summit in October, and the upcoming Oaks and Spokes bicycle festival during the first week of March. Baldwin said the social events function as a “Bicycle Commuting 101,” and help educate drivers as well as cyclists about sharing the road.

“There can certainly be tension when you have busy roads and people who are in a hurry or impatient,” said Dayton, who said he has been commuting to work on his bike for more than 20 years. “When we run stop lights and stop signs, it sends a bad message. Cars are less likely to see a bike as a vehicle.”

Dayton said BPAC is also working on a smartphone app which helps bike commuters find the best cycling routes, similar to the RGreenway app which shows greenway routes throughout the city.

“We all want to have bikes used for all their intended purposes, and one of those is transportation,” Dayton said. “If we can give people the routes where they feel comfortable on the road, we’ll have accomplished a lot.”

Dayton acknowledged that Raleigh has a long way to go before it can rival bike-friendly cities such as Portland, Ore. Bicycling Magazine didn’t include Raleigh on its 2011 list of the 50 best U.S. cities for cyclists, though Cary and Greensboro did appear on the list. The League of American Bicyclists, which evaluates communities and awards “bike-friendly” ratings, currently ranks Raleigh at the bronze level.

“In many ways, our bike program is still in its infancy,” Dayton said. “We learn something new every time we put something on the ground. As the program goes on, we’re going to see growth and maturity.”

After a contentious debate last year about the road diet on Hillsborough Street and other improvements to the roadway, city transportation planners intend to hold public comment sessions for each new project as it’s considered. “

On some projects, bike lanes and road diets might be the solution,” Baldwin said. “On others, sharrows might be better to keep street parking. We’ll take each project on a case-by-case basis with plenty of input.”

If you’re interested in weighing in on the improvements to Raleigh’s bicycle infrastructure, a schedule of BPAC meetings is available on the commission’s website.