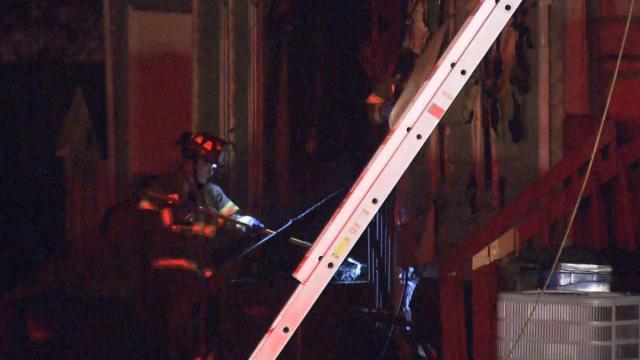 Raleigh, N.C. — A dog that alerted residents of an apartment fire that displaced three Raleigh families Thursday died before it could escape, officials said.

The fire started around 11:30 on Thursday night at 7409 Leesville Road, according to the fire incident report. Almost half of the building was damaged in the fire, which took firefighters around 15 hours to clear.

Fire investigators determined the blaze to be accidental, and no one was injured.