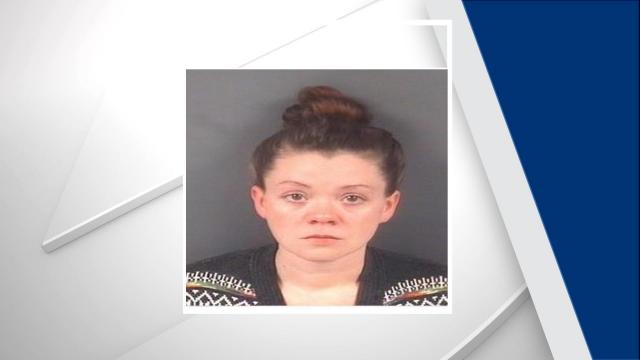 Fayetteville, N.C. — One day after asking for the public's help with information about a crash last month that killed a 5-year-old, Fayetteville police said Friday they have arrested a woman in connection with the death of her young daughter.

Costina Bullock, 28, of the 100 block of Trenton Court in Raeford, is facing several charges, including felony death by motor vehicle, felony child abuse, misdemeanor child abuse, two counts of child restraint violation, not having an operator's license, driving left of center and having unsafe tires.

Bullock was arrested without incident and taken to the Cumberland County Jail, where she being held on a $14,000.00 bond, police said in a written statement.

The crash occurred shortly after 4 p.m. on Oct. 25 on Gillis Hill Road at Climbing Hill Lane in western Fayetteville during the afternoon, police said.

According to police, Bullock was traveling north on Gillis Hill Road in a 2013 Kia Forte when her vehicle crossed the center line into oncoming traffic and struck a 2016 Hyundai Sonata operated by Ashea Washington, 31.

Police confirmed to WRAL News that the young victim was Bullocks' daughter.

The girl died at the scene, according to police.

Bullock's 4-year-old brother was also in the car and was taken to a local hospital for treatment along with Bullock, Washington and a 50-year-old passenger in Washington’s vehicle, authorities said.