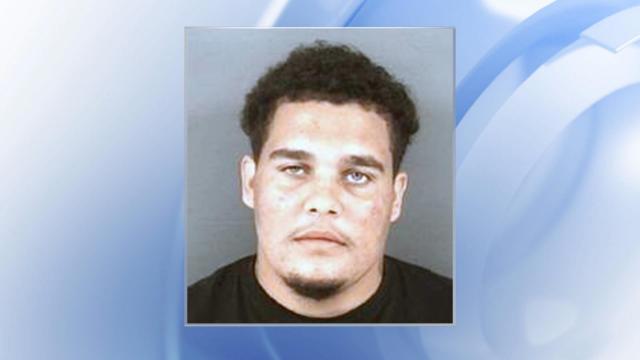 Fayetteville, N.C. — A man has been arrested in the shooting death of a 16-year-old girl from September.

Jaylin Covington of Raeford was charged with first degree murder and shooting into an occupied vehicle. Covington is in the Cumberland County Detention Center under no bond.

The girl, Haley Genesis Miller, was shot in the head in a Fayetteville park on the night of Sept. 3. She had been on life-support and breathing through a ventilator for several days before she passed away.

Haley was one of eight siblings. Her father told WRAL Haley said she wanted to go to a football game at Terry Sanford High School in Fayetteville that night. She was being driven by a friend, but had no idea her friend wanted to go to a park afterwards to fight another girl.

Police responded to reports of shots fired at 10:14 p.m. in the area of Stamper Road and McGougan Road. Shortly after, they were told a victim had been shot and was being rushed to the hospital in a private vehicle. Officers and emergency personnel were able to find the private vehicle and transport the teenager by EMS.

Chris Miller, Haley's father, said she was spiritual and devoted to her faith, adding she was "the perfect child." Haley wanted to try out for cheerleading and aimed to improve her grades this school year.