Oxford, N.C. — In the wake of the arrest of Granville County's sheriff in an alleged murder-for-hire plot, local, state and federal authorities have launched investigations of the drug unit in the sheriff's office.

WRAL Investigates found past questions of accounting in the unit resulted in hundreds of drug case dismissals and current concerns could lead to more.

Sheriff Brindell Wilkins was indicted in September on two counts of obstruction of justice. He is accused of urging someone in 2014 to kill a deputy he thought was about to expose his alleged use of racially offensive language. 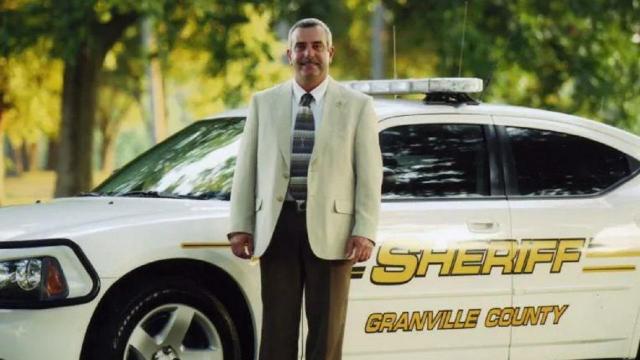 Wilkins, who has denied any wrongdoing, is suspended with pay until the charges are resolved. He has served as sheriff since 2009 and was re-elected last year to a four-year term at an annual salary of $109,608.

Joshua Freeman, a former drug investigator for the sheriff's office, was the target of the alleged murder plot, and his attorney, Boyd Sturges, said Freeman's knowledge of the drug unit's operations might have played a role in his being targeted.

"I think the sheriff must have thought that," Sturges said. "Clearly, the sheriff had a deep motivation against my client because he threatened, was trying to have him killed."

FBI and State Bureau of Investigation agents are now tracking money seized and used by sheriff's investigators in drug cases, and Granville County Attorney Jim Wrenn said he has launched his own investigation, hiring outside experts to pore over the books in the sheriff's office.

"This is a matter of grave concern to Granville County and its citizens and deserves a thorough, independent review," Wrenn said in an email to WRAL Investigates.

Documents obtained by WRAL Investigates show a history of concerns in the drug unit.

"This money belongs to people, to the people of this community," said Mike Waters, the district attorney for Granville County. "They pay their taxes, and ultimately that money is set aside for a specific purpose, and we owe it to them to account for every penny."

Abernathy excluded all evidence linked to the informant because the investigators didn't comply with "best practices," resulting in hundreds of cases being dismissed.

"You're probably looking at a time frame of 250 to 300 cases," Waters said. "We reached out to the [sheriff's] office to see if we could make changes and do some things better, and there was some response. But ultimately, we are where we are today."

WRAL Investigates went through the records of dozens of the defendants whose cases were tossed and found that, after the dismissals, they racked up hundreds of new drug charges. While some were later convicted, others could get another get-out-of-jail-free card.

Investigators also are taking another look at a 2016 murder-suicide involving Granville County Deputy Jeremy Pearce, who killed his estranged wife and himself. Pearce served in the sheriff's office's drug unit, and drugs and thousands of dollars were found at the scene.