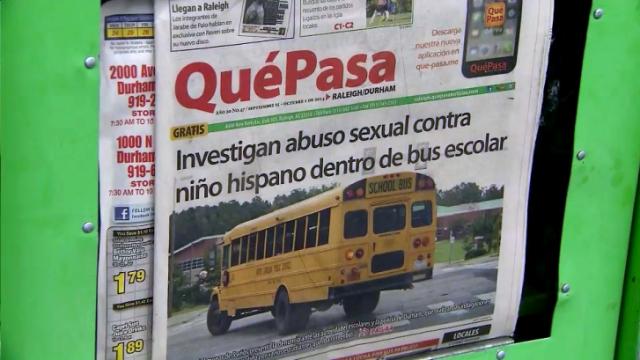 Qué Pasa Media Network was recognized as one of the best Spanish language newspapers in the country and in North Carolina by the National Association of Hispanic Publications (NAHP) for their work in print and online.

The presentation ceremony was held during the Annual Convention of the NAHP in Dallas, Texas.

“These recognitions are a reflection of the professionalism and commitment of our team to create articles each week, in all three editions and online, that keeps our thousands of readers well informed,” Hernando Ramirez-Santos, executive editor of Que Pasé Media Network, said in a statement.

For the two previous years, Qué Pasa newspaper editions (Greensboro/Winston-Salem, Charlotte and Raleigh) has received 32 journalism 2015 José Martí Awards, and during the last eight years the newspaper group has been the most awarded in North Carolina by the NAHP.