QRB Bestsellers for the Week of February 24th

Here are Quail Ridge Books' bestsellers for the week of February 24th: 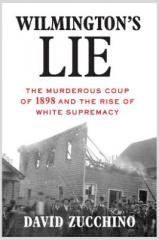 1. Wilmington's Lie: The Murderous Coup of 1898 and the Rise of White Supremacy By David Zucchino

From Pulitzer Prize-winner David Zucchino comes a searing account of the Wilmington riot and coup of 1898, an extraordinary event unknown to most Americans.

With intimidation and violence, the Democrats suppressed the black vote and stuffed ballot boxes (or threw them out), to win control of the state legislature on November eighth [1898]. Two days later, more than 2,000 heavily armed Red Shirts swarmed through Wilmington, torching the Record office, terrorizing women and children, and shooting at least sixty black men dead in the streets. The rioters forced city officials to resign at gunpoint and replaced them with mob leaders. Prominent blacks--and sympathetic whites--were banished. Hundreds of terrified black families took refuge in surrounding swamps and forests.

This brutal insurrection is a rare instance of a violent overthrow of an elected government in the U.S. It halted gains made by blacks and restored racism as official government policy, cementing white rule for another half century. It was not a "race riot," as the events of November 1898 came to be known, but rather a racially motivated rebellion launched by white supremacists.

This is a dramatic and definitive account of a remarkable but forgotten chapter of American history. 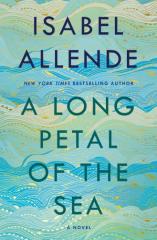 2. A Long Petal of the Sea: A Novel By Isabel Allende

In the late 1930s, civil war grips Spain. When General Franco and his Fascists succeed in overthrowing the government, hundreds of thousands are forced to flee in a treacherous journey over the mountains to the French border. Among them is Roser, a pregnant young widow, who finds her life intertwined with that of Victor Dalmau, an army doctor and the brother of her deceased love. In order to survive, the two must unite in a marriage neither of them desires.

Together with two thousand other refugees, they embark on the SS Winnipeg, a ship chartered by the poet Pablo Neruda, to Chile: “the long petal of sea and wine and snow.” As unlikely partners, they embrace exile as the rest of Europe erupts in world war. Starting over on a new continent, their trials are just beginning, and over the course of their lives, they will face trial after trial. But they will also find joy as they patiently await the day when they will be exiles no more. Through it all, their hope of returning to Spain keeps them going. Destined to witness the battle between freedom and repression as it plays out across the world, Roser and Victor will find that home might have been closer than they thought all along.

A Long Petal of the Sea is a masterful work of historical fiction about hope, exile, and belonging.

Lydia Quixano Pérez lives in the Mexican city of Acapulco. She runs a bookstore. She has a son, Luca, the love of her life, and a wonderful husband who is a journalist. And while there are cracks beginning to show in Acapulco because of the drug cartels, her life is, by and large, fairly comfortable.

Even though she knows they’ll never sell, Lydia stocks some of her all-time favorite books in her store. And then one day a man enters the shop to browse and comes up to the register with a few books he would like to buy—two of them her favorites. Javier is erudite. He is charming. And, unbeknownst to Lydia, he is the jefe of the newest drug cartel that has gruesomely taken over the city. When Lydia’s husband’s tell-all profile of Javier is published, none of their lives will ever be the same.

Forced to flee, Lydia and eight-year-old Luca soon find themselves miles and worlds away from their comfortable middle-class existence. Instantly transformed into migrants, Lydia and Luca [...] the countless people trying to reach el norte, Lydia soon sees that everyone is running from something. But what exactly are they running to?

In Wrecking Ball, Book 14 of the Diary of a Wimpy Kid series—from #1 international bestselling author Jeff Kinney—an unexpected inheritance gives Greg Heffley’s family a chance to make big changes to their house. But they soon find that home improvement isn’t all it’s cracked up to be. 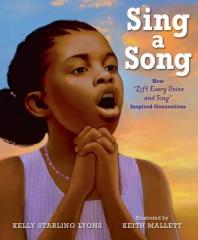 Just in time for the 120th anniversary of the song "Lift Every Voice and Sing"--this stirring book celebrates the Black National Anthem and how it inspired five generations of a family.

Sing a song full of the faith that the dark past has taught us.

Sing a song full of the hope that the present has brought us.

In Jacksonville, Florida, two brothers, one of them the principal of a segregated, all-black school, wrote the song "Lift Every Voice and Sing" so his students could sing it for a tribute to Abraham Lincoln's birthday in 1900. From that moment on, the song has provided inspiration and solace for generations of Black families. Mothers and fathers passed it on to their children who sang it to their children and grandchildren. It has been sung during major moments of the Civil Rights Movement and at family gatherings and college graduations.

Inspired by this song's enduring significance, Kelly Starling Lyons and Keith Mallett tell a story about the generations of families who gained hope and strength from the song's inspiring words. 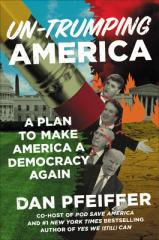 6. Un-Trumping America: A Plan to Make America a Democracy Again By Dan Pfeiffer

There is nothing more important than beating Donald Trump in 2020, but defeating Trump is just the start of this timely book. Un-Trumping America offers readers three critical insights: first, Trump is not an aberration, but rather the logical extension of the modern Republican Party; second, how Democrats can defeat Trump in 2020; and third, preventing the likes of Trump from ever happening again with a plan to fix democracy.

While the catalog of the president's crimes is long and growing, undoing Trumpism -- the political platform of racism, authoritarianism, and plutocracy that gave rise to Trump and defines the Republican Party -- is a long and continuing fight. Without an aggressive response that recognizes who the Republicans are and what they have done, American democracy as we know it won't survive this moment and a conservative, shrinking, mostly white minority will govern the country for decades.

Un-Trumping America dismantles toxic Trumpism and offers a way forward. Dan Pfeiffer worked for nearly twenty years at the center of Democratic politics, from the campaign trail to Capitol Hill to Barack Obama's White House. But it was Trump's victory and Republicans' incessant aiding and abetting of Trumpism that has radicalized his thinking.

Un-Trumping America is a powerful call for Democrats and progressives to get smarter, tougher, and more aggressive without becoming a paler shade of orange.

7. Tristan Strong Punches a Hole in the Sky By Kwame Mbalia

Seventh grader Tristan Strong feels anything but strong ever since he failed to save his best friend when they were in a bus accident together. All he has left of Eddie is the journal his friend wrote stories in. Can Tristan save this world before he loses more of the things he loves?

“I alone can fix it.” So went Donald J. Trump’s march to the presidency on July 21, 2016, when he accepted the Republican presidential nomination in Cleveland, promising to restore what he described as a fallen nation. Yet over the subsequent years, as he has undertaken the actual work of the commander in chief, it has been hard to see beyond the daily chaos of scandal, investigation, and constant bluster. It would be all too easy to mistake Trump’s first term for one of pure and uninhibited chaos, but there were patterns to his behavior and that of his associates. The universal value of the Trump administration is loyalty - not to the country, but to the president himself - and Trump’s North Star has been the perpetuation of his own power, even when it meant imperiling our shaky and mistrustful democracy.

Leonnig and Rucker, with deep and unmatched sources throughout Washington, D.C., tell of rages and frenzies but also moments of courage and perseverance. Relying on scores of exclusive new interviews with some of the most senior members of the Trump administration and other firsthand witnesses, the authors reveal the forty-fifth president up close.

This peerless and gripping narrative reveals President Trump at his most unvarnished and exposes how decision making in his administration has been driven by a reflexive logic of self-preservation and self-aggrandizement - but a logic nonetheless. This is the story of how an unparalleled president has scrambled to survive and tested the strength of America’s democracy and its common heart as a nation. 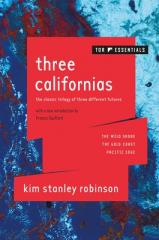 Before Kim Stanley Robinson terraformed Mars, he wrote three science fiction novels set in Orange County, California, where he grew up. These alternate futures—one a post-apocalypse, one an if-this-goes-on future reminiscent of Philip K. Dick, and one an ecological utopia—form a whole that illuminates, enchants, and inspires--collected here as Three Californias.

What if... there was a limited nuclear war that left the United States blockaded, fragmented, the few survivors living in the ruins of a once-great nation?

What if... this goes on, and technology continues to accelerate, and power continues to be consolidated into corporate culture, a developer’s dream world gone mad: an endless sprawl of condos, freeways, and malls, and designer drugs?

What if... a revolution happens, and the US addresses climate change in a responsible way. Is a future green Utopia all that great when you’re young and in love?

10. Unsheltered: A Novel By Barbara Kingsolver

Unsheltered is the compulsively readable story of two families, in two centuries, who live at the corner of Sixth and Plum in Vineland, New Jersey, navigating what seems to be the end of the world as they know it. With history as their tantalizing canvas, these characters paint a startlingly relevant portrait of life in precarious times when the foundations of the past have failed to prepare us for the future.

How could two hardworking people do everything right in life, a woman asks, and end up destitute? Willa Knox and her husband followed all the rules as responsible parents and professionals, and have nothing to show for it but debts and an inherited brick house that is falling apart. The magazine where Willa worked has folded; the college where her husband had tenure has closed. Their dubious shelter is also the only option for a disabled father-in-law and an exasperating, free-spirited daughter. When the family’s one success story, an Ivy-educated son, is uprooted by tragedy he seems likely to join them, with dark complications of his own.

In another time, a troubled husband and public servant asks, How can a man tell the truth, and be reviled for it? A science teacher with a passion for honest investigation, Thatcher Greenwood finds himself under siege: his employer forbids him to speak of the exciting work just published by Charles Darwin. His young bride and social-climbing mother-in-law bristle at the risk of scandal, and dismiss his worries that their elegant house is unsound. In a village ostensibly founded as a benevolent Utopia, Thatcher wants only to honor his duties, but his friendships with a woman scientist and a renegade newspaper editor threaten to draw him into a vendetta with the town’s powerful men.